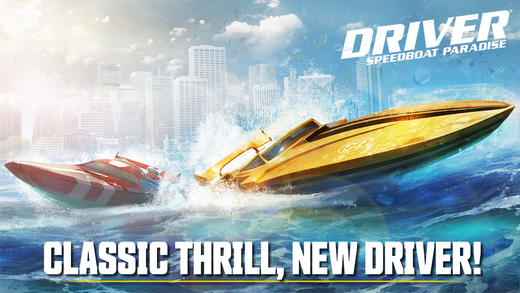 Gamers who have been playing for quite some time will probably remember the Driver series, an open world driving game that’s been quite successful back in the day.

A new entry of the series, called Driver Speedboat Paradise, has been soft-launched today on the Australian and New Zealand App Store.

The new game is quite different from previous entries of the series, as players will not be controlling a car but a boat. With the change of vehicles also comes a change of the overall gameplay experience, which is more focused on racing rather than open world wandering. In Driver Speedboat Paradise players will be able to take part in a variety of different races as well as time trials and more so there will still be plenty to do in the game, despite the lack of an open world experience.

Driver Speedboat Paradise is now available in soft-launch mode on the Australian and New Zealand App Store. No release date has been announced for the rest of the world but we will let you know more about the matter as soon as more is announced, so stay tuned for all the latest updates.