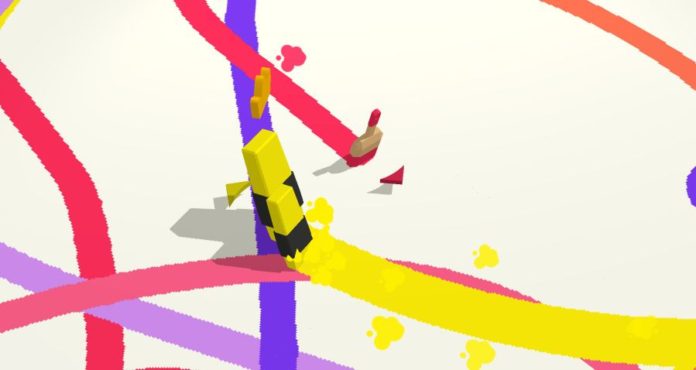 With a simple concept and addictive gameplay, Draw.io is the latest “can’t put it down” type of game released by Voodoo on mobile. And we’re here to help you get better at it by sharing a bunch of Draw.io tips and cheats in a complete strategy guide.

Although at first I thought that the game is similar to the recently released Paper.io 2, it’s actually completely different and a lot more fun and fast paced. Other rules apply as well, so our Draw io tips and tricks should come in handy to help you win all your games and climb up the ranks like no other.

So let’s not waste a single second and instead let’s see how to get better at this game by checking out all our Draw.io tips and cheats below! 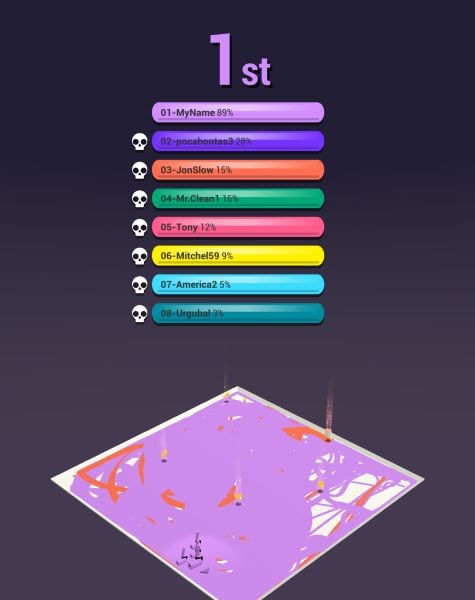 Don’t follow the pack
One of the best things to do early on, as soon as the game starts, is NOT to follow the rest of the players. Instead, try to move away from them.

If you are lucky (or play your moves right), you will end up collecting a few power-ups before everybody else does, making you stronger than the rest and giving you the head start that is required in order to rank as high as possible.

If you can’t stay away from the crowd, try to paint over their lines as much as possible, and always try to move in such a way that you’ll get to the power-ups first.

When to follow the pack
Once players start disappearing, it’s starting to become a better and better idea to actually follow the pack or stay nearby. The main reason why you want to do that is because once a player is removed from the map, they drop a paint bucket. This bucket, once collected, transfers everything they have colored over to you.

As you can imagine, this is a huge boost – even if you’re getting the paint from the last placed. The bonus gets bigger and bigger as the number of players gets lower and this is when you MUST be the one collecting those paint buckets in order to finish as #1.

The paint bucket drops immediately after one player is eliminated, so when the countdown is close to zero, make sure you’re near that particular player who’s about to be removed from the game in order to collect their paint.

It’s all about the power-ups
These are, by far, the most important things to look out for in the game. No matter how much you paint over the trails of other players, you won’t stay alive for long unless you collect the most. 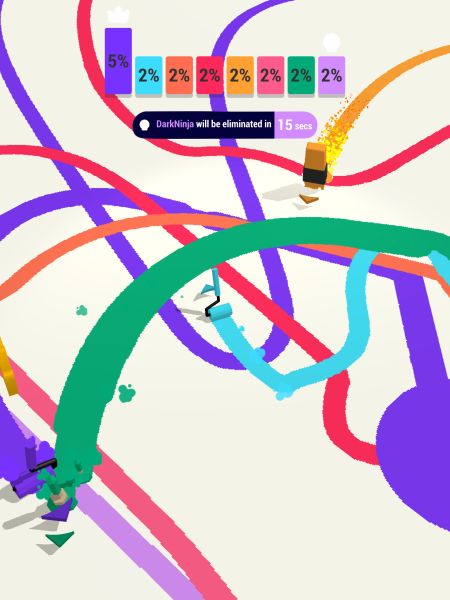 As I said in the previous two tips, your chances of collecting power-ups increase if you stay away from the pack early on, while the paint bucket becomes the most important later on.

However, any type of power-up is extremely important and you should do your best to collect as many as possible. I personally enjoy those that increase the size of your character since it is easier to cover a lot of area, but those adding extra helpers and the speed boosters can be extremely useful.

The latter – the speed booster – becomes even more important when you’re racing against another player to grab a paint bucket, for example.

So always keep an eye out for the indicators and grab those power-ups if you want to win as many Draw.io games as possible!

It doesn’t matter what character you play
The number of characters or brushes you can choose to play as doesn’t really affect the gameplay at the moment and is pretty limited. Choose the one you enjoy the most and put it to good use. For some reason, I get the best results when I am using the paint roller and not so good results when using the others, so give them all a try – maybe in your case too something will work better than something else.

This is all that we have for you in terms of Draw io tips and tricks. Do you have other strategies that work well? If so, let us know by sharing your comments below.