Home News Dragon Quest of the Stars Confirmed For The West On iOS, Android 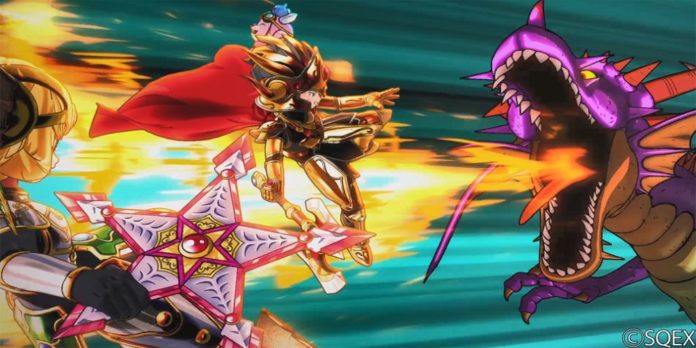 The Dragon Quest series has always had a complicated relationship with North America and Europe, with many games failing to get released in languages other than Japanese due to Square Enix not seeing the series as profitable. Nintendo, however, came to the rescue more than a few times, finally helping the series get some visibility, which resulted in increased popularity.

Among the recent Dragon Quest games that haven’t been brought to the West is the mobile RPG Dragon Quest of the Stars, which features some of the staples of the series and social gameplay experience.

The game has been released back in 2015 in Japan, and it seems like Square Enix finally decided to bring it West.

The Japanese publisher confirmed today that Dragon Quest of the Stars will be released in North America and Europe in early 2020.

A closed beta has also been announced for Android, and it will start on October 30th and end on November 28th. All those interested in taking part can head over here to register.

Dragon Quest of the Stars isn’t the only Dragon Quest game available on iOS and Android. Square Enix released all main entry in the series, bar Dragon Quest VII, on both the App Store and Google Play Store.

The mobile versions of the games are excellent, and they are even better than the console ports that have been released before them, as they restore features that weren’t available, such as Party Chat and more.

Dragon Quest of the Stars will be released in early 2020 on iOS and Android worldwide.

Dragon Quest of the Stars Confirmed For The West On iOS, Android