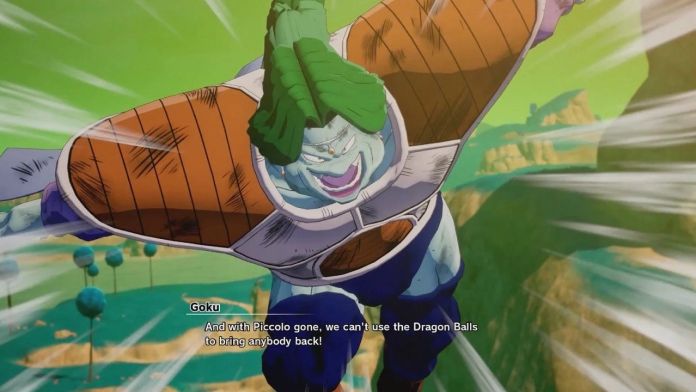 Following their arrival on Namek, Gohan, Krillin, and Vegeta started taking Frieza and his henchmen head-on, leading to the most intense battles in Dragon Ball Z: Kakarot up to this point.

After defeating Dodoria using the tricks he learned after his fight with Goku in the Saiyan Saga, Vegeta goes after Zarbon. The henchmen will prove to be more powerful than his defeated companion, but with a solid strategy, you will be able to emerge victorious without too many problems.

Here’s everything you need to know to take down Zarbon with ease.

How to Defeat Zarbon in Dragon Ball Z: Kakarot

You will fight Zarbon during the Frieza Saga two times, both times as Vegeta. The fight doesn’t change much between the two rounds, only that Zarbon will be considerably stronger the second time you fight him.

In both fights, Zarbon can hit quite hard, so it is advisable that you dodge all of his special attacks. Wild Buster and Wild Headbutt are easy to dodge as you will see the usual red indicator to help you get out of the way, while you will need to be careful with the Bloody Dance short-range attack and the Counter, which Zarbon unleashes during your combos. For this reason, it is better to go for shorter combos in the eventuality that Zarbon breaks out of them, damaging you in the process.

The most difficult attack to dodge is the Grab, which is unleashed after the Shooting Star Arrow attack. To avoid getting grabbed, you will have to stay as far away from Zarbon as possible after he is done with his main attack.

After he unleashes his long-range attacks, Zarbon will stop moving for a short while, so use this opportunity to unleash the Galick Gun Special Attack to deal damage safely. Use ranged attack whenever you can to avoid getting Countered, and Zarbon will soon join Dodoria in the realm of the dead!