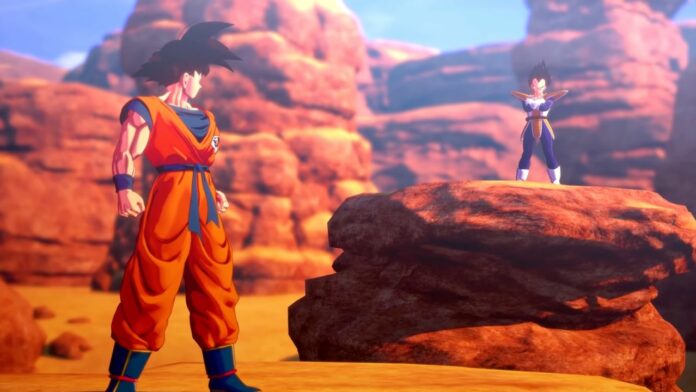 All three Saiyans that arrive on earth during the Saiyan Saga in Dragon Ball Z: Kakarot are not to be trifled with, but there is no doubt that Vegeta is the strongest of them, and the most difficult to take down. If you felt that the previous boss battles were easy, you will be happy to know that Vegeta can put up quite a fight.

Here’s everything you need to know to take him down.

How to Defeat Vegeta in Dragon Ball Z: Kakarot

Vegeta is fought during the Saiyan Saga three times. Two of these times he will be in his regular form, while the remaining time you will fight him in his Great Ape form. The two regular form battles play out pretty much the same way, only that you will be controlling different characters: Goku and Gohan.

Vegeta comes with a lot of different powerful short-range and long-range energy attacks that can deal tons of damage. Generally, it is better to wait for him to attack, dodge the technique, and then go to the offensive. If you manage to keep your distance properly, Vegeta will also use a charge attack that can be easily dodged and that will leave him defenseless for a short while. While waiting for him to make his move, use Ki attacks to deal damage and make the fight shorter.

Taking down his Great Ape form is considerably easier, as this form doesn’t have tons of HP, and melee attacks can deplete his life bar quickly. Make sure to get close to the ape as soon as the fight starts, and avoid any melee attack coming your way.

When you switch over to Gohan, follow the strategy you have used in the first phase of the fight and you will emerge victorious. The danger, however, is far from being over.