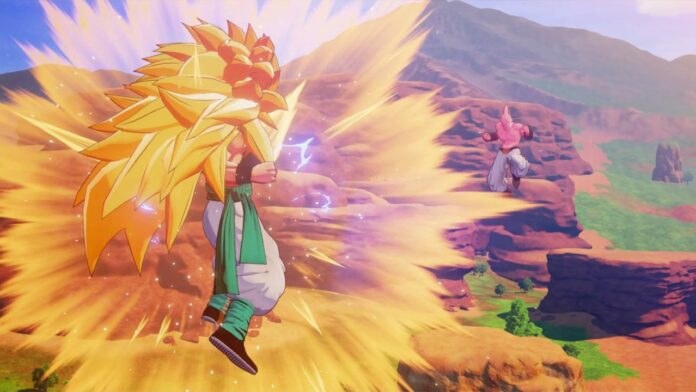 At the start of the Buu Saga in Dragon Ball Z: Kakarot, Kaoishin described Majin Buu as one of the most evil beings in the universe, but it seemed like the Majin wasn’t really evil, just terribly misguided. Unfortunately, the actions of some foolish humans make Majin Buu divide into two different beings, with the evil one being much stronger and dangerous.

This new Majin is called Super Buu, and he will be a real challenge for the Z Warrior still capable of fighting at this point in the story. Here’s how to beat him.

How to Defeat Super Buu in Dragon Ball Z: Kakarot

Unlike previous major boss fights, where you need to balance out offense and defense, going all out is the way to go against Super Buu. Most of his attacks are difficult to dodge, so it’s simply more effective to make the fight as short as possible by unleashing your most powerful special attacks at both close and short-range.

With Gotenks, using Galactic Donuts and Super Ghost Kamizake Attack is a great way to keep the boss in place and damage it heavily, while with Gohan, you should use all special attacks that deal stun damage as much as possible. With Vegito, given his superior attack power, you should go all out in short-range for as long as you can, move back a bit to restore Ki, and resume your all-out offensive.

The only attack you really need to watch out for from the third fight onward is the Galactic Donuts attack, which will block you in place for a few seconds. The dodge timing is very strict, so make sure to master it as quickly as possible, otherwise, you will receive tons of damage while you are rooted in place.