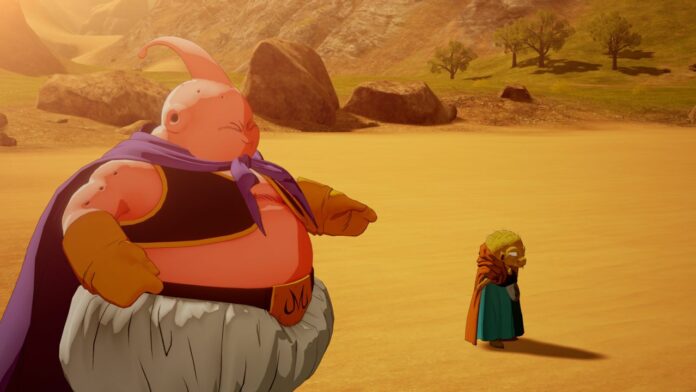 During the Buu Saga in Dragon Ball Z: Kakarot, Goku and the other Z Warriors will have to fight against Babidy’s henchmen to prevent the wizard from reviving Majin Buu. Due to a series of circumstances, they fail to do so, and the only way to stop him from destroying the Earth and killing its people is to take him down.

Here’s how to defeat Majin Buu without too many troubles.

How to Defeat Majin Buu in Dragon Ball Z: Kakarot

Majin Buu is fought three times during the Buu Saga. The first one with Gohan, the second with Vegeta, and the third with Goku in his Super Saiyan 3 form. Despite this, Majin Buu always fights in the same way, so the same strategy can be used for all three fights.

Majin Buu comes with a variety of long-range and melee special attacks that are highly damaging. With Megaton Ball, Majin Buu launches three Ki balls that must be dodged to the side, or blocked. Candy Beam, on the other hand, turns you into candy, making it impossible for you to avoid the subsequent attack. Thankfully, the attack has a long charge time and it is easy to dodge properly.

What are more difficult to dodge are the Megaton Bomb and Megaton Punch attacks. Both are used in melee range and deal tons of damage with a very limited dodging window. For both of these attacks, it is much better to simply block.

As for the best offensive strategy to use, Majin Buu is one of those bosses you should aim to break as quickly as possible. Avoid ranged special attacks and instead use as many attacks capable of dealing stun damage, even repeatedly without going into a full combo. Majin Buu breaks out of combos far too easily for you to be able to do a long one without getting countered with a red aura charged attack.