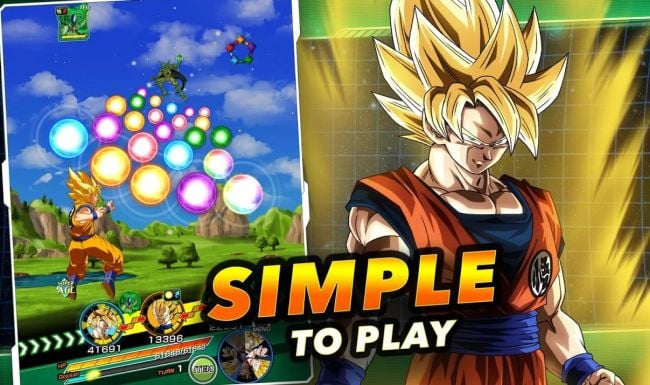 Each type has an advantage over a certain type and a disadvantage against another type.

But let’s take a look how exactly those advantages and disadvantages work.

Rainbow Ki Spheres transform into whatever type the other Ki Spheres are chain linked with.

Something to keep in mind is that the color of the Ki Spheres doesn’t affect the damage output of your unit. Let’s say for example, your Agility (Blue) unit chain link purple Ki Spheres in order to attack a Technique (Green) type unit. It’s attack will still be blocked (halved) because what matters when it comes to damage calculation is the units type (A Blue unit attacking a Green one in this case).

Characters that evolve via Z-Awakening have a Super or Extreme sign above their type. Super are heroes while Extreme are villains. Something like good guy / bad guy sort of thing. This allows them to deal even more damage against the weak to their type units. It will also grant them even more damage reduction against that type.

Defending in Dragon Ball Z Dokkan Battle is equally important as attacking. If your unit dies… well, it can’t attack anyway right? So keep in mind how the Battle Type chart works in order to put your units into the best possible position during battle! For example as you see in the picture below, an enemy INT (Purple) unit is going to attack the unit in the first position. Since TEQ (Green) is weaker defending an INT unit, it would be a good idea to switch it’s position with the STR (Red) unit.

That’s all there’s to know about Dragon Ball Z Dokkan Battle Type Charts. If you have a question or you would like to add something, let us know in the comment section down below! 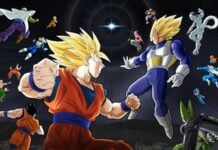 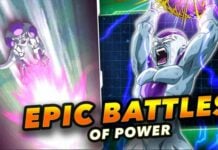 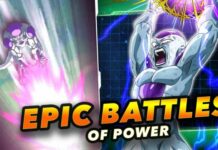