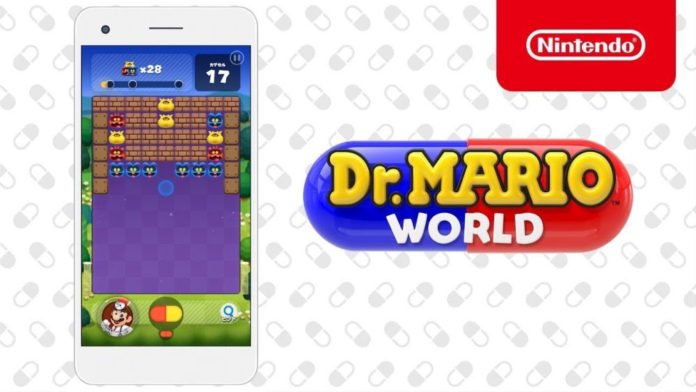 Another classic Nintendo franchise is going to make its debut on iOS and Android very soon.

Dr. Mario World is a new entry in the Dr. Mario series, and it will release worldwide on iOS and Android on July 10th. The new game will shake up the formula of the original in different ways, introducing doctors with different abilities and a gameplay experience that sees players solve puzzles.

You can check out the game in action right below.

Pre-registrations are also open on both iOS and Android.

Match capsules with viruses and watch them disappear! Simply match three objects of the same color vertically or horizontally to clear them. Take your time, because each puzzling stage’s configuration of viruses must be cleared using a limited number of capsules.

A colorful cast of viruses has Dr. Mario’s world in a panic! Dr. Mario and friends have put on lab coats and grabbed capsules! Now they’re ready to eliminate those unruly viruses. Hundreds of stages over many different worlds need saving, with new worlds coming on a regular basis!