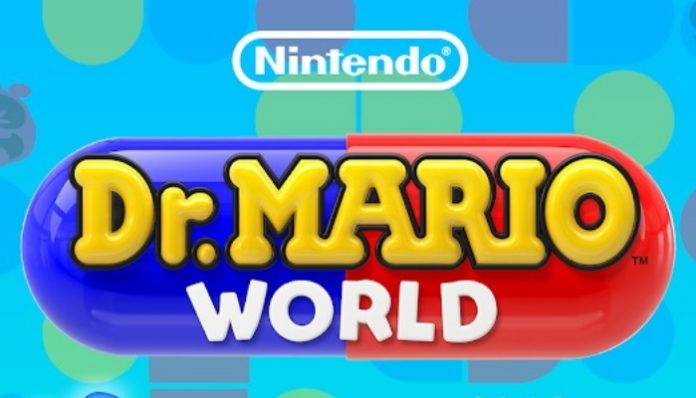 Calling all doctors! Pesky viruses have broken out, and Dr. Mario needs your help in Dr. Mario World! In this modern adaptation of the classic Nintendo puzzle game, join Dr. Mario and Dr. Peach as they rid the Mushroom Kingdom of viruses! Even Bowser is joining in on the fun! In our Dr. Mario World guide, we will show you how to pass the levels and get lots of new doctors!

When you are first starting your Dr. Mario World adventure, you will be able to choose your starting doctor. Here are the choices:

Do not worry too much about this choice, as you will be able to eventually recruit the other doctors through the game’s gacha system. For beginners, we recommend choosing Dr. Mario since he is the all-around character.

It is important to keep in mind that the capsules you deploy can be moved as much as you want until they hit an obstacle for more than a second. You will know when they cannot be moved anymore when the capsule looks filled in instead of transparent.

Even if a capsule is stuck in place, making a match will make the other part of the capsule break off, and you can move the half-capsule around. Careful movements of existing capsules can help you save capsules!

Save capsules for bonus points!

The more capsules you have left over when you rid a level of all the viruses, the more bonus points you will be rewarded at the end. On certain levels you will actually need these bonus points in order to get all three stars on the level, so try to conserve as many capsules as you can.

Going off of the last tip, you should try to utilize as much of the leftover capsules you have on the board before throwing in new ones to be conservative! Just remember that floating capsules can only be moved left, right, and up, but NOT down!

Go for the ? blocks!

In celebration of the game’s launch, there is a Welcome Event currently happening. From level 20 onward, you will begin to see floating ? blocks hanging around certain levels. Once you clear the level, you will be able to hit the ? block and gain a random reward. You may get:

These are all great, but the diamonds and the staff tickets are the best rewards. If you want to get the other doctors, try to open as many of these as you can, as this event will only last until July 17!

After you reach level 20, you will unlock the Doctor’s Orders. This is basically the game’s version of daily quests, and they are all worth a varying amount of coins.

You are going to need a lot of coins in order to do get new doctors, so try to complete as many of these as you can. If one of them is too hard, you can remove it to get a new quest faster.

Doctors have new stats in Versus Mode!

Versus Mode is a whole other ordeal as you will go up against other players in real time virus busting matches! In Versus Mode, your doctor and assistants have different stats, and it is important to make sure to know what they are.

The first doctor stat is Attack. This determines how many rows of viruses are sent over when your attack meter is filled. For example, Dr. Mario has an attack power of 2, so he will send over two rows of viruses.

The second doctor stat is Speed. This determines how fast your attack meter fills up with successful eliminations of viruses. The doctors with high attack power tend to have slower speed.

The third doctor stat is Defense. Every time your opponent launches an attack against you, you have a chance to completely nullify it. Each doctor has their own fixed chance of block, and it changes with the level of attack power.

Additionally, you should keep in mind that your doctor’s skill changes in Versus Mode as well, depending on the doctor. Some become more offensive oriented, while some change slightly.

“Staffing” is where you can roll for new doctors and assistants. You can pay with either 4,000 coins or 40 diamonds. It is similar to other gacha systems where you will not know what you are getting until after the pull is over.

That’s all for Dr. Mario World! If you have any other tips or tricks to share, let us know in the comments below! 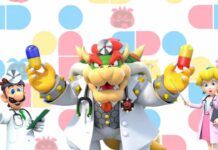 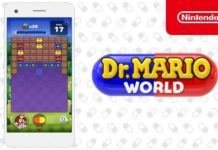