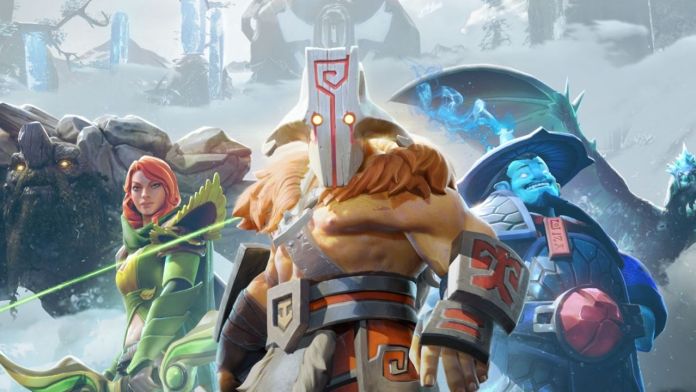 Related: How To Fix “Searching For the Dota 2 Game Coordinator” Error

It may look like it is not that much, however, some of these advantages allow you to change your game style completely based on the situation in the game, especially after the latest updates on items and talents. On the other hand, Troll Warlord has some disadvantages as well:

Since Troll Warlord has these disadvantages, you should play carefully with this hero because every mistake can be fatal, and may lose the game.

In general, you need to act according to the situation. At the first level, be sure to take the first skill (Berserkers Rage). Later on, you will increase the level of the second skill, but the first and third skills should be on priority. Also, make sure to upgrade the ultimate (Battle Trance) when it is available.

There are two options for what you can buy at the beginning of the match:

For the first 15-20 minutes, the task is to farm a few simple items. Those items depend on the situation and the enemy’s heroes, but in most cases, you should buy the next items:

During the midgame, you should buy several new items and upgrade the ones you already have:

For the late game, you will have to buy several items:

In some situations, you will have to replace one of the listed items with Monkey King Bar against such heroes as Phantom Assassin and Wind Ranger. Also, in different situations, you can try to buy Eye of Skadi or Daedalus. These items would be great for Troll Warlord.

What Heroes Can Counter Troll Warlord?

To understand what heroes can counter Troll Warlord, you need to be aware of his strengths and weaknesses. As we discussed, Troll Warlord is a hero with a low HP pool and low magic resistance, pretty often not able to escape. That is why you better not play or play extremely carefully against the heroes who are able to outrun and control you. Such heroes are:

Also, be careful if the enemy team has a lot of magical damage, Troll Warlord would not be the best option against such heroes as: