Developed by Big Loop Studios, and published by Snapbreak, Doors: Paradox is a challenging, yet exciting puzzle game that offers an escape-the-room concept alongside a stunning art style, unique puzzles that allows players to think and come up with new ideas in order to clear a stage.

Even though the game’s puzzles aren’t super challenging that it becomes impossible for some players to clear a stage, there are lots of other features to admire in Doors: Paradox such as burning a sleeping vampire in the basement or pit a starving kitty against a delivery drone for a box of sushi. These quirky features and concepts make Doors: Paradox a unique and interesting game.

In our review article we’ll be detailing the game’s pros and cons which includes mostly pros. So without further ado, here is our review of Doors: Paradox.

“For as long as we can remember we’ve been walking on the thin edge between chaos and order. Until one day a mysterious portal was opened and chaos prevailed. Now it’s up to you to bring back order…but it is not that simple!”

Many readers will probably be surprised at this first pros, considering how casual puzzle games don’t usually come with a story narrative. Doors: Paradox on the other hand, actually comes with a story – an interesting one at that.

The game puts you inside a colorful world of wonder where a mysterious black cat leads you through series of magical doorways and takes you to various new dimensions that features really cool looking 3D graphics and an imaginative world of wonder filled with metaphysical travels through magical portals.

Players will come across several cryptic scrolls that contain snippets of the history between two primordial beings and how they’ve battled themselves over dominance for as far back as time itself.

Doors: Paradox offers a very interesting and challenging gameplay where each level is a mini-escape room on its own. Using the clues on every stage, players must try to solve the tricky puzzles and open the doors that’ll lead them to a whole new level where a black mysterious cat will lead you through a portal.

You must swipe and tap your way through various stages to find the correct objects or items such as keys, handles or daggers, etc and place them in their correct positions by either twisting or pulling a certain lever to open a doorway that takes you to the next stage.

The game also consists of various types of hidden gemstones that players can collect which can be used to unlock the Epilogue stages of the game as well as mini-games such as memory and arcade racing games.

One of the most impressive aspect of the game is that each new level comes with its own unique and distinctive style and method of completion. You can be in a massive island and play while on top of a gigantic tortoise and so many other incredible locations.

While the challenges in Doors: Paradox can be pretty tough for players, it’s just the right amount of tough because you have everything you need right in front of you and what you have to do is find the right item(s) to equip and place at the correct spot.

Each level takes about 4-5 minutes to complete but could be longer depending on how long it takes you to uncover clues and find the right items.

Even if there are players that find the game to be a headscratcher, it isn’t all that much difficult that they’d frustratingly quit playing. In fact, the game only becomes more interesting. Ultimately, whenever you feel like you’re stuck at a certain level there’s a helpful hint feature that shows you the right spots or where to look next.

This feature doesn’t exactly help you solve the puzzle but it’ll simply tell you where to take a deeper look. The puzzle itself you must solve on your own.

If after using a hint you still feel stuck and unable to progress to the next level, you can decide to skip the level entirely and move on to the next level so you don’t get frustrated with the game by being stuck on a particular level.

There’s a lot to admire in Doors: Paradox that sets it apart from other puzzlers on the mobile platform. Every aspect of the game is imaginative and passing through each of the game’s challenging puzzles gives you the feel of being in a point-and-click adventure that doesn’t actually offer an adventure.

The game offers 8 free levels and 8 paid ones. Themed stages consists of different scenes such as cyberpunk, space and horror scenes that despite its creepiness, is compelling enough to keep you playing. At some point you’ll find yourself just tapping at random spots on your screen in hopes of discovering something helpful but surprisingly you won’t.

Lastly, the puzzles this game offers are logical, and captivating that can keep you playing for hours. And it’s not a very long duration game as you can complete all the levels in about two hours, but if you want to get the best experience, the game is best played level by level and preferably when you just need to while away a couple of minutes. There’s little fun in completing all the levels at once.

If you’re seeking a casual horror game that offers unique new concepts, then Doors: Paradox definitely deserves your time. You’ll most likely scratch your head a couple times but eventually you’ll find your wow moment after solving the puzzle. 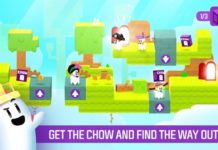 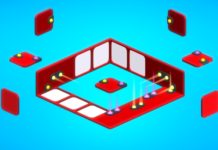 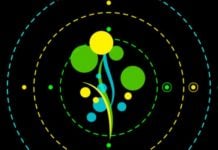 Piece the Past Back Together in Puzzle Adventure G30