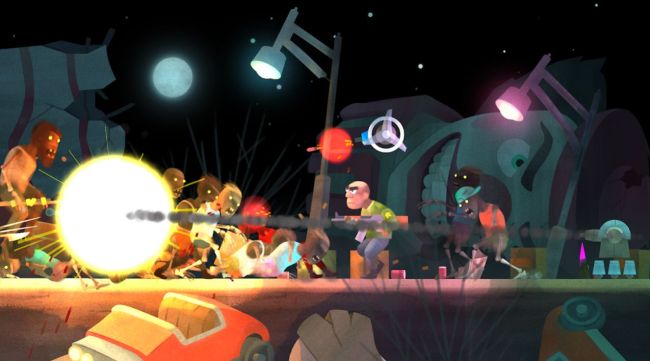 In our article today we are going to dive into the Don Zombie tips and cheats to help you slay more zombies and pass more stages!

This game is simple on paper, yet you will have to do everything by the book if you want to pass more stages and defeat the zombies faster, because it won’t come easy! There will be many upgrades you need to do and many important things to consider when battling, so try to always keep our suggestions in mind!

Thus being said, let’s not waste another moment and dive right into the Don Zombie tips and tricks right here below and help you defeat more zombies and pass more stages!

Aim for the head – it deals more damage

Whenever you are trying to take down some zombies you should always aim for their head, as that is going to help you a lot, as it deals more damage. You will probably need to try that a lot because it won’t come as easy as pressing one button.

In order to get their heads, you need to actually aim and shoot, at the same time! You need to use the button on the right side of the screen which has the target on it, and drag it into the direction of the zombies’ head.

I would really advise you to do your best in predicting where their heads are (approximate location) and then pull on the trigger joystick in that direction. Once you play several levels and practice this, it will come a lot more naturally, so don’t worry about missing several times!

When you see the green arrow, move along – when it’s missing, then you have unfinished business

Now this is a little tip to help you never get caught off-guard. Basically whenever you destroy all the zombies you’ll see in the upper right side of the screen a green arrow pointing right. When you don’t see that there, then it means there are zombies lurking around and you will need to destroy them before you can move along.

I really suggest that you pay attention to this little detail because it will make a huge difference when it comes to life or death, especially in the more advanced levels. Sometimes there will be some smaller zombie birds flying around and other times there will be crawlers – so don’t let your guard down!

One other good indicator to this is that small purple spike that will pop out of the ground. When I first started playing I thought that it would be an obstacle I need to get past, but soon enough I discovered its true purpose – to keep you from advancing before clearing the waves.

Whenever you finished taking down a new wave of zombies, you can double check left and right and if the purple spike has disappeared from the ground, and the green arrow appeared on the screen, you can move along. Just make sure that you check this because even if it takes a second more, it will save your life probably several times!

In the game you will be able to unlock more weapons by leveling up, and opening all the crates that you can get your hands on! There are quite a few ways actually to obtain new weapons, so let me briefly explain each and every one of them:

Every time you pass a new stage you will receive a new Common Chest. You can have a maximum number of chests there, but I will cover this a little bit further down the line. Now the thing you need to know is that it will take a few hours in order to open even the Common Chests, unless you watch ads to speed it up.

Basically all you need to do in order to get more of these is to play the levels!

– Buy cards from the Store:

You will sometimes find some very good weapon cards in the Store so don’t forget to check them out daily because you never know what goods might come your way! The cards will cost Gold.

I really suggest that you check out the Store daily and make sure that you buy all of the listed cards, especially if there are some non-common ones since they will give you some better weapons.

There is a tab which will let you claim some daily gifts! Among these gifts there will also be weapon cards, so if you want to upgrade a weapon you currently own, this is another way to do that.

You can upgrade the weapons by having multiple cards of the same weapon. The weapons will get increased ammo and more damage, and they will also cost increasingly more cards + Gold for each new upgrade.

I really suggest that you upgrade your best weapons first as they will be a lot more useful than the first one, the Pistol. Since you don’t want to run out of Gold when upgrading your main weapon, make that one the priority and make sure that even if you upgrade the other stuff, you save as much Gold as it’s necessary for that weapon’s upgrade.

Get double all the cards inside chests

Once you have opened a chest, if you don’t rush to tap and get away from the screen you will see the option on the right side underneath a chest to watch an advertisement and double all of the cards that you just got.

I really suggest that if you are looking to do some grinding and get certain items upgraded, or simply want to get a lot more Gold and Gems, then you definitely double the rewards inside every chest because it will help you get stronger a lot faster.

Pass the stages with 3 stars

Every stage that you play can be completed with a full 3 star rating, which is the maximum. I suggest that if you are having a hard time passing the stage with 3 stars, then you just move along and come back and re-play it when you have made some upgrades! That way you will be a lot stronger and will definitely pass it with 3 stars.

Whenever you have collected enough Stars you can head on to the game’s main interface and you will see there a Star Chest! This chest will give increasingly better rewards, the more stages you pass (basically you can claim one every few stages depending on how well you do).

I suggest that whenever you can open it, you do so immediately because you will get a lot of Gold and some pretty good cards!

As I mentioned before, I will tell you a couple of things that you need to know when it comes to the chests and unlocking them:

– You can only have 2 chests opening at the beginning, unless you spend 50 Gems to unlock the third slot. Now I really suggest that you do spend these Gems for unlocking it, as it will make things a lot easier! Eventually you will have to unlock all 4 slots, but for now just make sure that you unlock the third one since it’s affordable and well worth the money.

– You can have multiple chests opening at the same time. Unlike in many other games out there where you have to wait for a chest’s timer to end before opening it, here you can actually open all of the chests you have at the same time. Just move them from the first slot into the opening slot and start opening them.

– Watch an ad to speed up chests opening by 1 hour. This option will come in handy if you want to play the game a lot and you want to maximize the rewards you get. If you want to get some extra loot, then just make sure that you watch this ad because it will be worth it.

Get your free loot from the Store

Every single day you will be able to claim some free Gems and Gold from the store, so don’t miss them because you can make sure of every single Gem and penny you get! So check out the store whenever you can claim them for free.

Since there are some every day offers in the store, you should also not miss buying these because sometimes they will really make a big difference (especially when you are that one card that you didn’t buy away from another upgrade).

Another cool thing you can spend your Crystals on is Chests. If you scroll the shop menu all the way to the right you will see Chests that will cost Gems. If you want to upgrade a certain weapon of a certain rank, then make sure that you buy one of the chests that give you guaranteed an item of that rank! This is in my opinion the best use of the Gems!

These would be all of our Don Zombie tips and tricks that we have for you right now! Do you know some more cool and useful game tips and strategies? Feel free to share them with us by leaving them down in the comments section below. 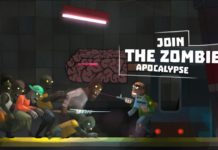