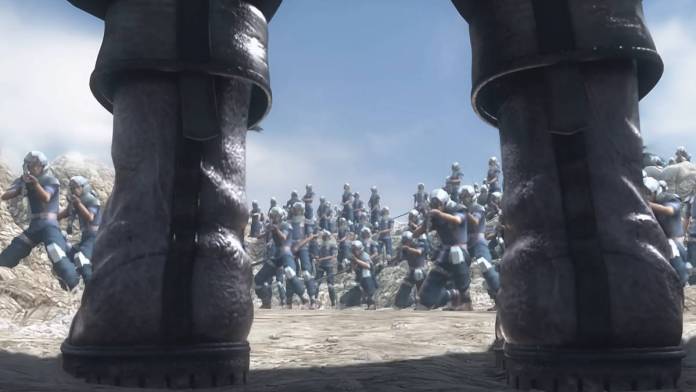 SPOILER WARNING! If it wasn’t already obvious, we’ll be diving in heavy spoiler territory for the main plots of both Crisis Core -Final Fantasy VII- Reunion and the original Final Fantasy VII, so turn back now if you don’t want to be spoiled!

In the original Final Fantasy VII, Cloud Strife was the main protagonist. At the beginning of the game, we learn he is EX-SOLDIER, and now he’s a mercenary looking for work. He joins the eco-terrorist group AVALANCHE as he cares nothing for Shinra Inc.

Throughout the game, we slowly learn that Cloud isn’t all that he seems. It’s revealed that because of his traumatic past, he actually took on a completely different persona due to a number of events.

About halfway through Final Fantasy VII, Cloud begins to reveal more about his best friend, Zack Fair. Turns out that Cloud never actually made it into SOLDIER, as he dropped out due to a crippling lack of self-confidence. Despite that, he and Zack remained best buds.

Near the end of Crisis Core -Final Fantasy VII- Reunion, we then learn the terrible truth. Zack, Cloud, and Sephiroth were deployed on a mission to Nibelheim, where Sephiroth learns of his true origins. After realizing he was infused with Jenova cells in the womb, he goes mad from the revelation and attacks everything in sight, including Zack and Cloud.

Related | Where to Get Octaslash Materia in Crisis Core: Final Fantasy 7 Reunion

Both of them are critically injured, and they’re kidnapped by Professor Hojo, who subjects them to Jenova cell testing. After four strenuous years, the pair manage to escape Hojo’s lab, where they attempt to flee back to Midgar, now as refugees wanted by Shinra.

As they approach Midgar, Cloud and Zack are ambushed by a large battalion of Shinra soldiers. Zack, seeing all the soldiers, grabs Cloud and jumps off the truck they hitchhiked in. He hides Clodu behind a large boulder, and charges into the Shinra army.

This moment is actually playable during the epilogue of Crisis Core. As Zack, you can take down as many Shinra soldiers as you want, but eventually they’ll overwhelm you, at which point the ending cutscene will play.

Zack takes too many bullets, and gives into his wounds. As he lies on the ground dying, he gives Cloud his trusty Buster Sword, and tells him to carry on his legacy.

So yes, Zack Fair does indeed bite the dust at the end of Crisis Core, but does so as a hero, fighting for what he believed in. The events of Crisis Core lead directly into the original Final Fantasy VII.