Home Guides Does Steam Deck Work With an External Display 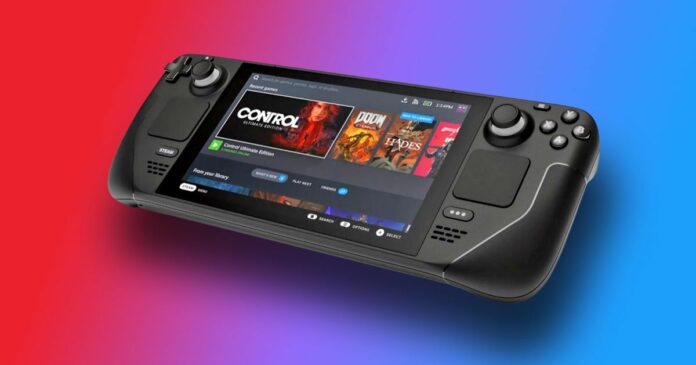 Following the demise of traditional handheld consoles like the Nintendo 3DS and PlayStation Vita, manufacturers have been focusing their efforts on hybrid consoles like the Nintendo Switch and the Steam Deck. And while the console by Valve is not as popular as the one made by Nintendo, also due to supply constraints, it is undeniable that it is a very fine system that could serve as a convenient introduction to the world of PC gaming for some.

While the Steam Deck screen is a very good one, some may prefer playing games on a big screen while they are at home. Here’s if this is indeed possible.

Does Steam Deck Work With an External Display

The Steam Deck currently lacks a dock like the Nintendo Switch, but it doesn’t need one to work with an external display. The console comes with a USB Type C port that can also be used to connect the console to a monitor or a TV.

While connecting to a modern monitor with a USB Type C port is way more straightforward, as you only need a USB Type C cable to do so, connecting a TV or monitor that lacks one to the Steam Deck is entirely possible. All you will require is a USB Type C to HDMI adapter.

A new Steam Deck client update that has gone live on May 12 also makes connecting the console to an external display even more convenient, as the interface will now scale to virtual 1280×800 resolution, preventing potential issues. More work on this feature is underway, so we should expect it to improve considerably in the coming months.

Does Steam Deck Work With an External Display