Home Game Guides Does Marauders Have a Cheating Problem? – Answered 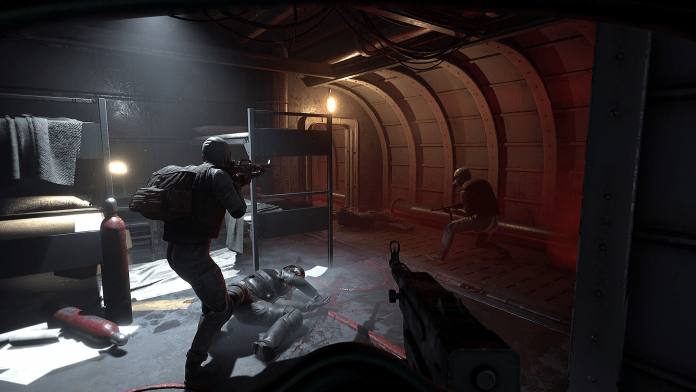 Marauders is an exciting multiplayer project that most players describe as Escape from Tarkov in space. The game features some interesting mechanics and you may want to play it with your friends. However, it seems that there are some disturbing reports about cheaters and hackers. Such users are quite annoying and you may wonder if Marauders does have a cheating problem. So, in this guide, we will try to answer this question.

There are lots of different multiplayer shooters that allow you to participate in exciting matches and today we are going to talk about one of the newest representatives of this genre. In Marauders, you will need to take the role of a space pirate or survivalist. You will have to use your own spaceship to attack other players and get their weapons and other valuable loot.

The game seems to be quite interesting but there are many players who complain about cheaters. The issue is disturbing and today we are going to talk about it.

Related: How is Marauders Performance on Steam? – Answered

Does Marauders Have a Cheating Problem?

According to the latest reports, Marauders has many cheaters and hackers. The developers banned a lot of them in the first three ban waves but there is still a huge amount of users who complain about them. The game is in the Early Access stage and it seems that it has a bad anti-cheat system. So, you may encounter some cheaters in your matches and hopefully, the developers will be able to deal with this issue when the game will be completely released.

There are many exciting multiplayer projects that you can play and we will be glad if our guides help you to learn something new and interesting about Marauders. Good luck with your further battles against other players!

Does Marauders Have a Cheating Problem? – Answered