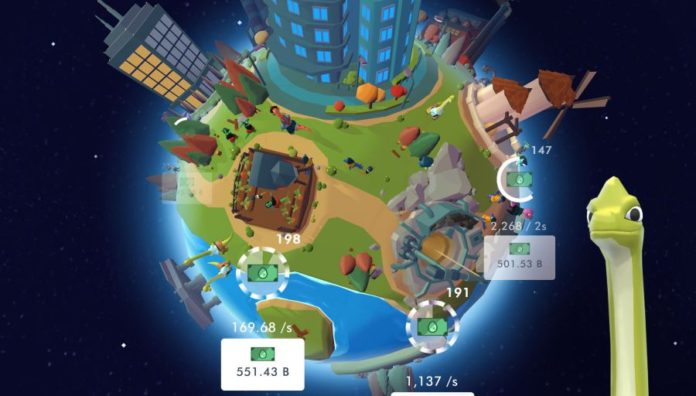 Dinosaurs Are People Too is an idle/clicker game for mobile that tasks you to take your dinosaurs through the ages and turn them into a thriving civilization. Usually referred to as Dino People, the game is fun and easy to play, but we’re here to make it even easier by sharing some Dino People cheats and tips in a complete strategy guide.

There are some tiny details that you might not know about when playing the game – and knowing them can make a huge difference in the long run, but the truth is that this is a pretty straightforward game and there are not many hidden things to learn.

Either way, we’re going to cover all the basics and everything you need to know in today’s article, so let’s not waste a single second and instead let’s check out some Dinosaurs Are People Too tips and tricks below!

Unlock those dinosaurs!
There’s a total of 10 dinosaurs you can unlock in the game, and this is done relatively fast (before reaching the Middle Ages in my case). You should therefore focus on unlocking these as fast as possible since the boosts and bonuses they offer are really good.

You can tap the + sign in the upper right corner in order to see how much it costs to unlock the next dinosaur. After getting them all, the upgrade prices change the resource required and you start leveling them up, making them offer even better boosts.

Find a balance between investing your resources in unlocking dinosaurs and upgrading the factories, but with a focus on the former until you have them all unlocked.

Get the bonuses of each age
Tapping the plus sign near each age gives you an overview of the bonuses you can unlock for that specific age. These usually cost a lot of resources, but are really useful.

One real game changer is the Ancient Age upgrade that unlocks barter, which allows you to micromanage your resources and makes it a lot easier for you to unlock new dinosaurs and get lower rated resources.

But apart from these game changers, you should really unlock the upgrades one at a time, whenever you have enough resources to do so.

Tap the flying saucer
Every now and then, an UFO will start circling your planet – make sure to tap it as soon as possible in order to get a massive boost of a random resource on the planet.

Tap the factories to increase production
One nice little trick that I found out by mistake is that if you tap any of the factories that produce resources, you reduce the time they need to produce the said resource – all while still getting taps recorded for the Carrot farm upgrade.

Therefore, choose the resource you want to get a boost for, zoom in as much as possible (so that the factory takes up as much space on the screen as possible) and start tapping with 2-3 fingers in order to increase products. This is how you do it!

Take advantage of trade
As I said, one of the best things that you can unlock early on in the game is the Barter skill in Ancient Age. That allows you to transform resources into inferior ones. For example, you can turn cookies into coal and coal into carrots.

This is extremely useful when it comes to getting the required resources for unlocking new dinosaurs, for example: just trade until you have enough and unlock a new dinosaur. Usually – and especially in the long run, the bonuses unlocked by investing in your dinosaurs are really making it worthwhile.

Double your offline earnings
Whenever you return after a longer time spent offline, you can double your earnings by watching a video ad. This is something you should do because those extra resources will really help you progress faster.

You can also watch an ad by tapping the icon in the lower right corner and double your earnings for up to 20 hours per day. That’s something that I also recommend doing in order to speed up your progress in Dinosaurs Are People Too.

This is it, as simple as it sounds! If you have additional Dino People tips and tricks to share, don’t hesitate to let us know by commenting below.