If you’re wondering how to play Dinos Royale to keep on winning, then you’re at the right place! Today, we’ll share with you a complete guide for Dinos Royale: cheats and tips that will help you be the last man standing. Get those top kills and unlock all characters with our complete game guide!

Now, Dinos Royale is my type of battle royale game! My favorite on mobile, Dinos Royale is charming with its plethora of funny items you can collect, but also the dinosaurs! An amazing experience that’s only going to get better thanks to this article which will help you become a better player.

So, without further ado, let’s check out some Dinos Royale tips and tricks below!

Select your spawning point carefully
Before starting the game, you have a few seconds to choose your starting point. Test multiple areas out before finding your favorite and have in mind that different loot will be found in different areas. 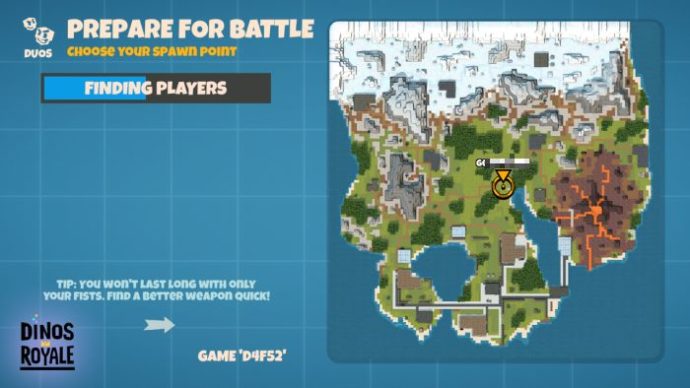 Usually, your main goal is not to spawn near buildings – even though that’s where you will find a ton of gear and equipment – but where dinosaurs might be since nothing beats a dino! So find an area that’s more likely to have dinosaurs – like a jungle or empty areas, and spawn there, then get off your dino when you have a chance, collect items and mount them again.

Just make sure that you don’t do what I once did in a game: unmounted a dino to grab some loot and during this time a player quickly came from their hiding spot, mounted my dino and killed me.

Your starting character doesn’t matter
You can unlock multiple characters in the game and start as whichever you want to… but have in mind that the starting character has no effect over the gameplay itself. They are just for fun, so do select the one you like the most. 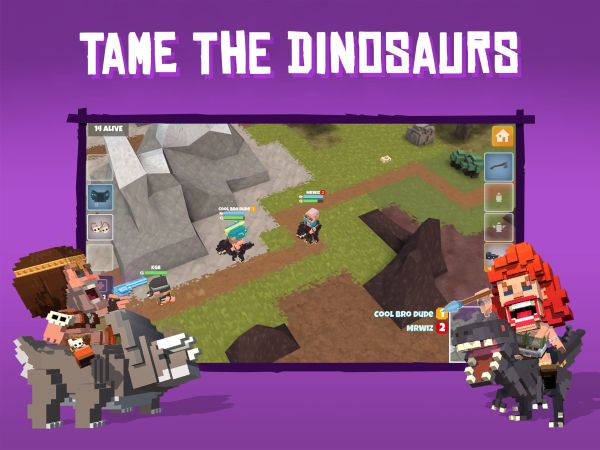 Find a dino fast!
There are indeed a ton of weapons out there, as well as armor pieces and shiny stuff, but nothing beats a dino (except for another dino). So make sure you find one fast.

There are multiple types of dinosaurs that you can find and mount in the game, and by far the bets is the T-Rex (or whatever the name of that huge dinosaur). It can easily destroy most opponents with just a well placed bite, while also being fairly fast and having a quick attack rate.

But even the smaller dinos are better than riding on foot, the second place going to the Triceratops type (the one that charges in a straight line).

Just have in mind that you can’t collect loot when you are riding a dinosaur and you can’t enter buildings, caves or other structures. So eventually, depending on how the area shrinks, you might end up being forced to unmount it and get inside in order to finish your battle.

Keep an eye on the shrinking map
Just like in all battle royale games nowadays, the map shrinks regularly, forcing players to go to specific areas and making gameplay a lot more fun and intense. Just make sure you don’t get caught up in the action too much and you don’t notice when the shrinking beings: you can’t survive for long if you’re caught in the red zone!

Be the last man standing! 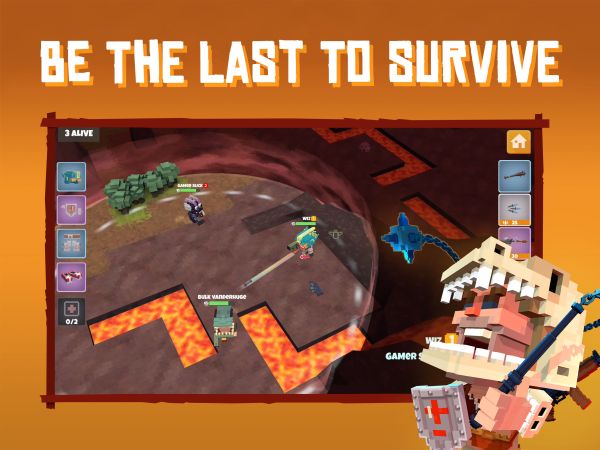 This is the goal in Dinos Royale and this is who you will be if you follow the tips above. You should also consider other things related to the battle:

– try to collect as much loot as possible, even when riding a solid dinosaur. You might be forced to unmount it and battle other players when not riding it.

– if you are not on a dinosaur, try to find cover: usually inside a building or a cave, since no dino can enter that area. Forests are good to hide away from the large dinosaur – and from cover keep shooting at the enemy until you take them out!

– keep an eye on your ammo. It is very scarce and most weapons can only be fired several times before running out of ammo. Aim perfectly and look for extra ammo or weapons.

This is it! You have completed our Dinos Royale tips and tricks guide and you’re hopefully a better player right now. Sure, practice makes perfect – so just go out there and give ’em hell! And if you have some tips and tricks of your own, don’t hesitate to let us know by commenting below.