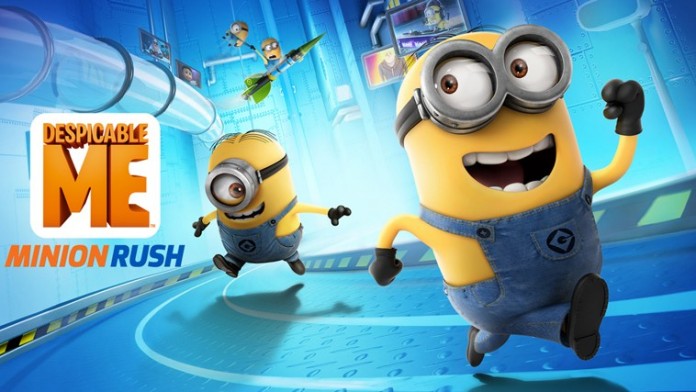 Games based on popular franchises, movies, comics and more aren’t always the best video games available but Despicable Me: Minion Rush, the endless runner game based on the Despicable Me movies, isn’t among them, thankfully. The game developed by Gameloft is a more than good endless runner game that even those who don’t know who these strange one eyed creatures are can enjoy fully.

Despicable Me: Minion Rush has recently received a brand new update which introduces plenty of new content that will keep players busy for some time. The new 3.1.0 update introduces a brand new area called The Volcano, which includes 15 new Jelly Lab levels. The update also introduces a new Seasonal Event, the Minion Safari, which allows players to explore the tropics and win cool prizes such as the Hunter costume, new Gadgets and even a new mini-game, the Motocross Bike Mini-Game.

Despicable Me: Minion Rush is now available for download for free on the App Store. Being a free to play game, the endless runner game from Gameloft features several IAPs which help players in unlocking content in a faster way. The game is still quite enjoyable even without purchasing anything with real money so make sure to check it out if you haven’t already if you’re a fan of the Despicable Me movies or endless runner games.