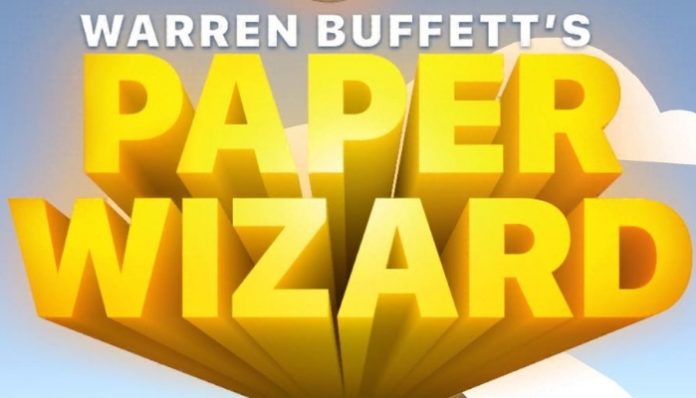 Before Warren Buffett became one of the most iconic American investors in the world, he came from humble beginnings. Before his rise to fame, Buffett started as a teen throwing newspapers door-to-door.

And thus, the inspiration behind Warren Buffett’s Paper Wizard was born. The man himself has a pretty close relationship with Apple, so they decided to honor him with a new game developed in-house. Yes, that’s right – Paper Wizard is Apple’s first game they have released in years.

Warren Buffett’s Paper Wizard contains no advertisements or in-app purchases, and the game is completely free to download. It is just you and the newspaper, so get to delivering! There are two locations for you to play in, and they are Omaha and Cupertino. Yup – you can deliver newspapers to the Apple HQ!

You will automatically stroll down the streets, so you only have to worry about throwing the actual newspapers. Simply pull back on the touch screen and fire away, just like you are using a slingshot.

There’s a funny little in-game leaderboards too, but good luck beating Warren Buffett’s high score. He’s the best in his business for a reason!

Warren Buffett’s Paper Wizard is available now on the App Store as a free download.