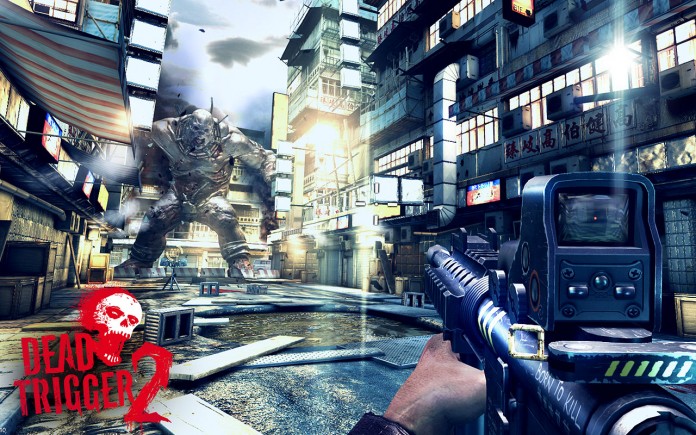 A new first person shooter will become available later today on the App Store. Better yet, the game will be completely free!

Dead Trigger 2 is the sequel to the first Dead Trigger released by MadFinger Games. The game wasn’t revolutionary in any way, featuring a quite basic shooter experience, but it featured an incredible graphical look, powered by the Unity 3D Engine, that showed what modern mobile devices can really do.

Mobile gamers must have really liked how the game looked, considering that it has been downloaded over 11 million times. Not bad, for a standard shooter game.

Dead Trigger 2 is going to be a way better gamaplay experience. Together with the usual shoot anything that moves sequences, the game will sport more varied sequences, including escort missions, cargo pick up tasks and more. Even the simple shooting sequences have been improved with more variations. Obviously, the game is also going to feature more zombies, locations and weapons.

Dead Trigger 2 is going to be a free to play game so many of its features could be blocked by a pay wall. The game looks fun enough as is but some gamers will definitely not like the free to play model, especially when some powerful and destructive weapons have to be bought separately.