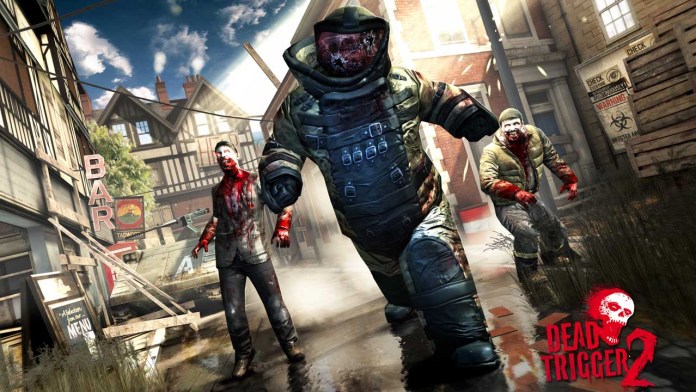 After the success of the first game, Dead Trigger 2 didn’t take long to become a massive FPS hit on mobile and went on to become one of the best and most attractive FPS games on both Android and iOS.

Ever since it was launched, Dead Trigger 2 has received multiple updates from Madfinger Games and the latest update has added a competitive feature in the zombie arena which fans will love. So in this article, we’ll be guiding you on how to o get Dead Trigger 2 MOD APK Download Link v1.8.18.

We always remind players to download games from official channels such as the Google Play Store for Android devices or App Store for iOS devices. However, these channels do not offer MOD APK to players, so below is how to download Dead Trigger 2: MOD APK v1.8.18.

You can download the game by using this link. Once downloaded, go to the download path where it is saved and install it on your Android device. Assuming you have the normal version installed, you will have to uninstall it before installing the MOD APK.

After successfully installing the game, open it and enjoy a modded APK of Dead Trigger 2 v1.8.18 with unlimited resources which you can use to upgrade your weapons and arm yourself with some serious arsenal.

In Dead Trigger 2, you find yourself in a post-apocalyptic world that’s been overrun by brain-eating zombies who will stop at nothing to kill you. The game features up to 49 storyline missions as well as a series of other missions that can increase your experience points.

The game’s imaging system provides players with stunning 3D graphics with lots of vivid graphic effects that fans of the first game will appreciate. There’s also an advanced motion capture technology that allows you to combine matches with friends.