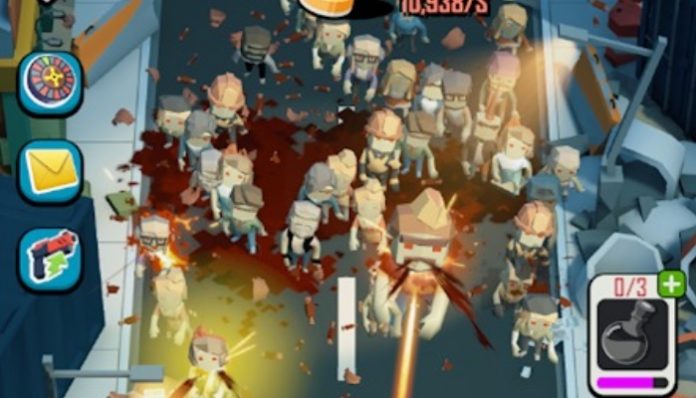 Take down zombie hordes in the new idle game Dead Spreading! The walking dead are on your doorstop, so round up your troops and take ’em out! Dead Spreading is an idle game where your soldiers will take out zombies and collect canned rations to survive through the night. You can recruit a variety of soldiers and upgrade your base for special effects. Our Dead Spreading cheats and tips will show you how to get the most out of your base!

Dead Spreading is pretty straightforward, but there are a few things here and there to pay attention to. Let’s get started with our Dead Spreading cheats, tips and tricks strategy guide!

As you take out zombies, you may notice that some of them leave behind purple orbs. These orbs are rage essence, and they fill up the Rage Potion meter at the right side of the screen. When the meter fills all the way, you will gain a Rage Potion. You can hold up to three of them at a time.

Rage Potions, when used on one of your soldiers, will cause them to speed up dramatically. A soldier on guard will begin firing like no tomorrow, mowing down lots of zombies. A soldier scavenging for cans will begin to find a ton of cans! Rage Potions are incredibly useful so do not forget to use them.

You gain rage back at a pretty quick rate, so make sure to use them before you hit your cap of three Rage Potions. Any more rage generated after you already have three goes to waste! 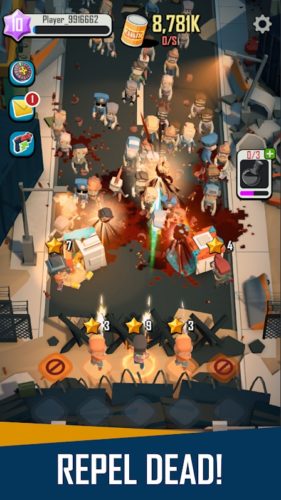 You can recruit any level of soldier!

The button at the bottom of the screen is always set to the highest level of soldier you can recruit with cans and not gems. If the soldiers are getting a little too expensive, you can always dial it back and recruit earlier soldiers. You may want to do this to avoid certain soldiers getting too expensive, as recruiting the same ones will permanently increase their price with each soldier.

Be mindful of your can collectors!

The two orange spots on your deployment range are the can collectors. If the zombie horde is pushed back enough, they will venture out beyond the barricade to collect more cans. The better the soldier, the more cans they will collect over time. You will want to send some of your most powerful soldiers to do this, but also make sure to save some so you can use the actual fire power.

Do note that once you set a soldier to the can collecting spot and they venture out to collect cans, you will not be able to withdraw them or move them until they are forced back in by a approaching horde. You can, however, still merge them and they will level up on the spot. 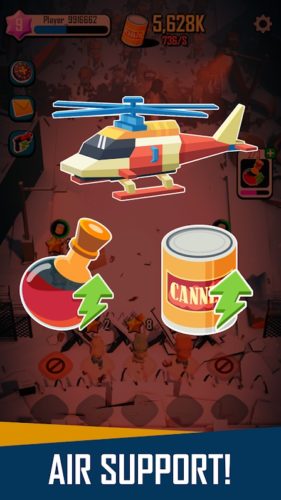 Buy the base upgrades!

In addition to cans and gems, there is a third currency: batteries. Batteries are spent on base upgrades, which are permanent upgrades that are shared across all of your soldiers. You will need to convert your cans into batteries to earn them, and 10,000 cans is equal to one battery. As you can probably guess, you are going to need a lot of cans to get the base upgrades, but they are very helpful.

That’s all for Dead Spreading! If you have any other tips or tricks to share, let us know in the comments below!