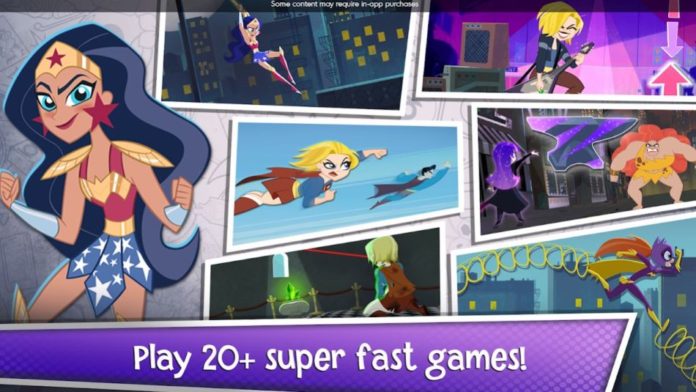 In today’s article we are going to cover all of the DC Super Hero Girls Blitz tips and cheats to help you pass all the stages and be as successful as possible all throughout the game!

If you like blitz games and generally games where you will have to think quick and act even quicker, then this game will definitely keep you glued to your device, because it’s both entertaining and addictive at the same time!

So if you are ready to learn all of our DC Super Hero Girls Blitz tips and tricks, let’s get right into them and not waste another second!

Learn what the game is all about

The game is basically a blitz “quiz” which will require you to complete certain tasks super quickly and in a perfect matter, because that way you don’t lose a “life” and you pass the stage.

The main thing you will have to look for is collecting enough stars so that you will unlock the new comic present every few stages. The other goal you will have in the game will be to upgrade the girls’ hideout so it’s not a dump anymore.

The comics are the mini games that you can encounter whenever you start a new blitz run. These comics will appear randomly, and the more comics you unlock the more mini games you will be able to play.

Try to unlock more comics by collecting enough stars to fill up the progress bar whenever you play a new blitz run. When you complete the blitz stage, you will be able to collect the stars that you gathered so far, which can also be used to give you outfits for the girls, but we will cover that below.

The hideout will be upgraded by spending stars to open up the boxes that you will see laying around in the room. These boxes will give you either a room decoration or a new outfit for the girls (each of them can have up to 4 outfits).

No matter which reward you get, be it an outfit or a decor for the hideout, it’s still good because in the end game you will have to collect everything!

The chests will cost increasingly more stars to open, so make sure you keep playing the stages continuously so you can open more chests and gather all the rewards as quickly as possible.

Try to remember how the stages play out

The stages are pretty much the same, except when you unlock new comics which give you new mini games. I suggest that you try to remember the stages and how they play out, as well as what you need to do in order to pass that stage within the time limit.

The stages will repeat and start playing out faster and faster (and thus becoming more difficult), so try to always be on point and not miss anything!

Once you have completed enough stages to collect the comics, you can even opt to lose on purpose so that you can collect it and unlock the new mini game! It’s OK to do that too, as well as it is OK to continue playing and challenge yourself as much as you can trying to pass as many stages!

DC Super Hero Girls Blitz – How to unlock the other girls

At the very beginning of the game you will be starting with two girls, Batgirl and Bumblebee. These are the girls that you can unlock your first comics (and minigames) for, as well as outfits.

In order to unlock the other girls you will have to put some money into the game, so if you want to have all six of them (Batgirl, Bumblebee, Wonder Woman, Green Lantern, Zatanna and Super Girl) you will have to pay for the remaining four, as the game doesn’t offer them for free!

These would be all of our DC Super Hero Girls Blitz tips and tricks that we have for you right now! Do you know some other useful game tips that would help you pass the stages much faster? Leave a comment down below and share your tips with everyone!