Ever wanted to charge into battle with a colossus by your side? Now you can with the newly released Dawn of Titans! Dawn of Titans is a freemium action strategy game for iOS and Android. You are the newly appointed ruler of a beautiful kingdom in the sky. There are other lords who aren’t playing as nice, so it’s up to you to lead your armies into battle. Among your allies are the titular Titans, massive heroes with the strength of multiple armies!

The first thing you’ll most likely notice about this game are the amazing graphics. One of Dawn of Titans’ selling points is “console-quality graphics,” and sure enough the game doesn’t disappoint! The textures and effects in this game are absolutely gorgeous, and when you see titans for the first time you’ll be in complete awe. It’s so much fun watching them lumber around the battlefield taking out whole groups of soldiers out single-handedly. The environment design is awesome too. Your flying fortress is a spectacle in itself, featuring beautiful mountains and lush forests. 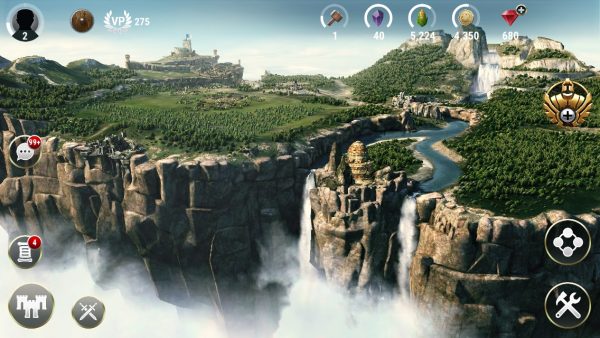 Before you head into battle, you can bring groups of different units into battle alongside your titan. When it comes to the small guys, Dawn of Titans features a pretty simple rock-paper-scissors system, where certain units will have the upper hand against other types. They each have their own individual stats, but you shouldn’t need to worry about them. Titans themselves are another story! They have their own unique stats, but they can also learn abilities that set them apart from different titans. They can also equip relics, which is essentially gear that gives certain boosts.

Battles play out in real time. At the beginning of a battle, you’ll see your squad and you can either assign individual routes and targets or have them group together in one massive army. You’ll need to study the battleground and the type of units you’ll be going up against, as splitting up might be a better strategy. You can also have the game auto assign optimal targets if you just want to sit back and watch the carnage unleash! In addition your titan’s innate spells, white orbs will also fall from the sky. Picking up these orbs will grant you access to temporary spells that can really do some damage to your enemies. 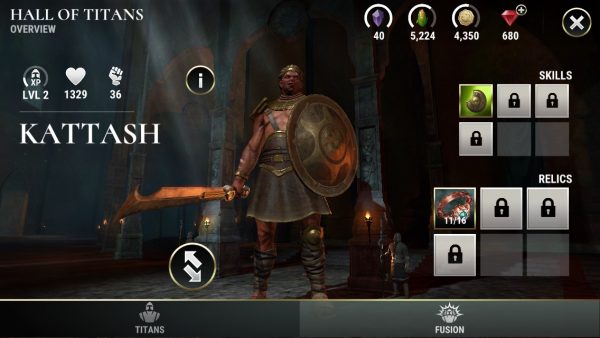 In a similar vein to Clash of Clans and Boom Beach, you’ll be able to eventually access the world sky where you can see other players’ floating kingdoms. There are also free resources nodes that you’ll have to fight over to claim. As you can imagine, you can even join alliances to help other players out. Basically, Dawn of Titans is the collective sum of those base management games – but in the sky! And that’s not a bad thing! 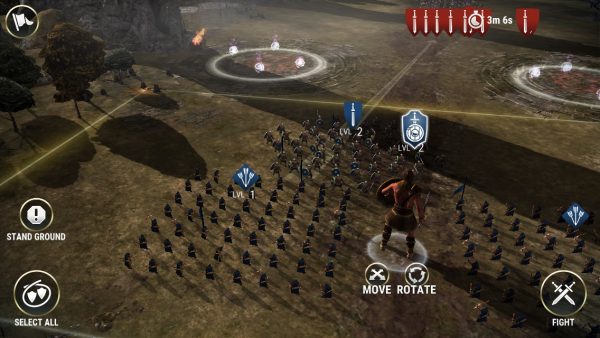 With fantastic graphics and character design, easy to pick up and play game play without sacrificing strategy, Dawn of Titans is an excellent new entry into the ever popular base management/action strategy genre. It’s free to try out, so what are you waiting for? You can download the game on the App Store and the Google Play Store. 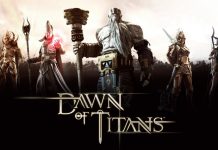 Dawn of Titans Guide to Titans: Fusing, How to Get More, Level Them Up & More 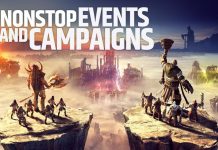 Dawn of Titans: How to Get More Gems for Free Quickly 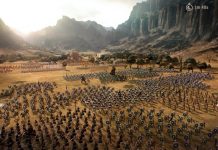