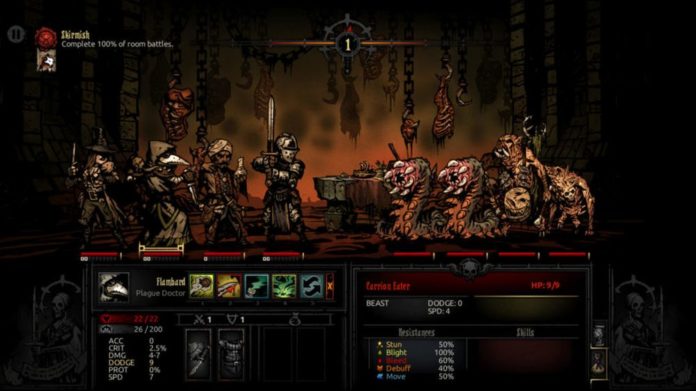 Darkest Dungeon: Tablet Edition has been released some time ago on the App Store, bringing the full PC and console experience. If you have yet to purchase the game, there’s no better time to do it than now.

Starting today, Darkest Dungeon: Tablet Edition is available for only $0,99 on the App Store, which is a true steal, considering the game’s quality and the huge amount of content. 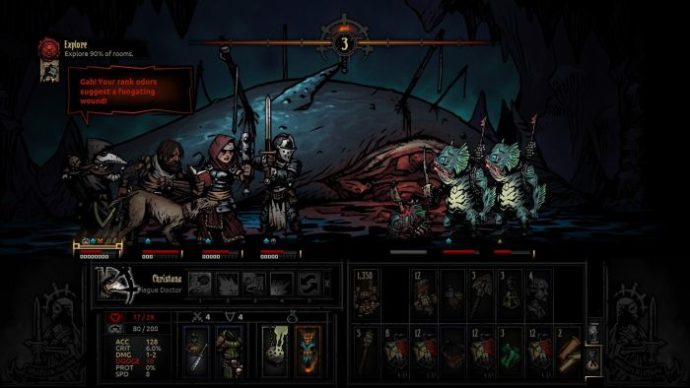 On a related note, the third DLC pack released for the game, The Color of Madness, has finally made its way onto the Tablet Edition.

The expansion adds a new region, the Farmstead, Endless Quest, a horde mode where players have to survive waves of enemies, a new faction, The Miller and three new bosses who are as challenging as ever. You can learn more about the DLC below.

New region: The Farmstead!
* Endless Quest: Survive as long as you can while getting lost in time and space, confronted by unending waves of enemies new and old, pushing ever closer to the crash site of the Comet.

* Twisted new trinkets, available for purchase from the Jeweler. Put your gold away—he trades only in Comet Shards!

* All-New Enemy Faction: The Miller and his loyal workmen have become eerie husks of their former selves.

* 3 new bosses – The Miller, The Thing From the Stars, and the Comet itself!

* New Curios help keep your party in fighting shape as you face the endless hordes!

* Expand your Hamlet with 4 new District buildings and reap their benefits.

* Our biggest soundtrack addition yet from Stuart Chatwood

Darkest Dungeon: Tablet Edition is now available on the App Store. As the name suggests, it can only be played on iPad.