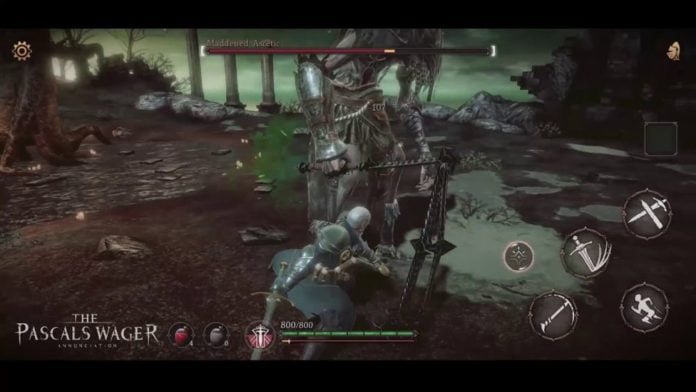 Among the many genres that have yet to make the jump on iOS and Android are action role-playing games in the vein of the Souls series.

It’s not too difficult to see why developers may not want to take a risk, as an experience inspired by the From Software series may have some troubles working properly on mobile.

This, however, hasn’t stopped the developer of Pascal’s Wager to try and make a similar game. How it will play, we will find out soon.

A listing on the App Store confirms that Pascal’s Wager will be released on the App Store on January 2020. The game has been in development for a good while, so it’s nice to learn that we will finally be able to play the game soon.

Pascal’s Wager will feature everything that fans of the From Software series love, such as a long single-player campaign, a high challenge level, dark aesthetics and multiple builds possibilities that will make multiple playthroughs diverse. The game will also release with controller support, which sounds like a very good option for this type of game.

Pascal’s Wager will lack multiplayer at launch, but the developer already confirmed that PVP and PVE will be added after launch. Additional story elements are also coming through DLC.

Pascal’s Wager launches on iOS this coming January. The Android version will launch on a yet to be confirmed release date.