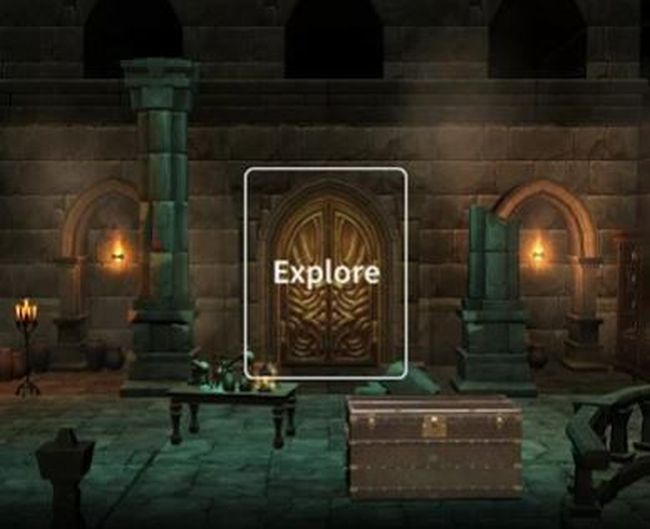 In today’s article we are going to take a look at all of our Dark of Alchemist tips and cheats to help you crawl more dungeons and get stronger.

Because this is a RPG dungeon crawler game, you will have quite a lot of things to take into consideration from the very beginning of the game – so whether or not you are familiar with the genre, will make quite a difference.

And that is probably what brings you here – you want to learn all the Dark of Alchemist tips and tricks that we have for you so far, so let’s not waste another second and dive right into them right here below!

As soon as you start into the game, you will be asked to allocate your points – but what the game doesn’t tell you is what exactly these stats do and how they are used. And if you want to build a “tanky” character, then you want to max the right stats for it.

So then, let me explain a little the stats before you start adding to them randomly:

– Composure: This is a stat which you can use if you want a stealthy character something like an assassin/rogue/thief. It is good because it increases the success rate of the following: enemy detection, hiding, passing by undetected, running.

– Strength: This stat will increase your Physical Attack Power.

– Alchemy Ability: Leveling this will increase the durability of transmuted weapons and armors.

– Dexterity: This will increase the success rate of lock picking, which is good when looting. Another increase you will get is to the accuracy for attacks, which reduce the chances of your attacks missing the target. You also get increased critical chance.

– Luck: Luck is a good ability overall because it will boost the items finding rate, which is good to have at any time. Another good thing that Luck boosts is the chance to evade attacks. It will reduce the enemies’ crit rate and boost the success rate of passing by undetected.

All of these stats can make for a pretty good character, so if you want to start strong, I suggest that you add to Composure, Dexterity and Luck, and then later on you can start adding to Strength and the rest as well.

Know what the game’s goal is

Now you will start pretty simple, in your hideout and ready to start exploring dungeons. Well the goal of the game is you reaching the top floor of the Alchemy Castle and battling the big bad boss up there.

There will be monster encounters and enemy humans encounters, so you will have to defeat all of them in order to reach the top. The game has a scouting option, which will let you avoid many dangers if you build your points for that, so try to do it.

In the progress you will have to collect items – weapons and armor, and get more powerful so you can challenge more enemies and level up. You will have to decide well when to stop and head back because you don’t want to die and lose all progress that you have made so far.

Look for the lootable items

Whenever you are adventuring into a new area, you will see some boxes and vases and such items glowing. They will have a dim glow, but when you tap on them you will see that they will break.

Make sure that you always tap on them whenever you reach a new area because you never know what you might find inside. There can be equipment, recovery items,or even nothing at all! Either way, it is worth checking because if you get good equipment it will help you clear more rooms much easier.

Level up and get upgrades

Each time that you encounter an enemy you will have the chance to flee or to attack them. When you flee, you are avoiding the enemy – but when you are attacking them, you engage in a battle which can result in you acquiring EXP once you defeat the opponent.

I would suggest that you start engaging with enemies once you have acquired a couple of items and equipped them, becuase then even if you get hit you will not take as much damage and will survive more.

When you kill a monster it will drop some items and EXP – the more monsters you defeat, the more EXP you gain and eventually you will level up. When you level up you earn Growth Points which are used to unlock skills and traits.

The more you level up, the more HP you will have and your maximum Stamina will increase as well. The only thing that will destroy this is if you die during the dungeons. When you die as I mentioned above you lose all progress and items, and you are taken back to level 1 which is not how you progress in the game!

Use your Growth Points to get new attributes

Those Growth Points that you get when you level up can be used when you head on to the “Strengthen Powers” menu while in the Hiding Place. There you can learn skills such as increased damage, get more Ability Points, or even upgrade your Backpack.

I suggest that you try to save 100 Growth Points for unlocking a new Perk because Perks are a very strong attribute which you can equip (but more details about Perks below). For now, try to get that, then either get the Awakening Ability (allocate here some points) or Power of Destruction, which increases your damage.

I suggest that you try to save the points before you make any choice and then see which of them your character will benefit from the most and allocate it.

Place your valuables in the Item Box

If you have just picked up a good item then you can keep it safe in the Item Box. That is how you should treat all items which you don’t need immediately, because if you happen to die by mistake in a dungeon then you will lose everything that you collected so far and if you got something good, then it’s definitely not worth it.

I suggest that before you head out to explore more levels you make sure that you go out with the minimum amount of items that you need, and a couple of recovery items. In the box you can place equipment that you don’t need, Ingots and other valuables.

Equip Perks and get stronger

Perks are effects which you can equip for your character and they will boost certain stats or attributes. You will obtain Perks from the Perk Machine, and it costs 50 Growth Points to obtain a new random Perk.

They are going to give you a random boost, which will help your character become stronger. The Perks have rarities, so depending on which one you get, you might even get a very good one!

Your character can have up to 4 Perks equipped, but I suggest that you equip the one that you get at the beginning right away then work with it to get more Growth Points (without dying!) and unlock with 100 the second Perk slot.

I don’t suggest that you use the Perk Machine while you don’t have a new Perk slot, because you can use the points to allocate to other stats.

Be skeptical about Explorers

When you go through the dungeons you can sometimes run into Explorers. Those will often be nice and offer you items, but not always. I suggest that if you are low on HP or Stamina (or generally have a chance of dying because you are weakened) you shouldn’t go encounter them. That is, because soemtimes they can e hostile and they will start fighting you!

Don’t forget to equip the best gear you find

A very good thing which will help you in your explorations is to gear up with the best equipment that you find. You can find them in your Items storage and when you tap on the item you want to equip, you will see the “Equip” button.

Try always having the best gear on, or placing them in the Item Box to save them for when you are a higher level and ready to go further into the dungeons.

Lock Picking is a good skill!

If you want to take a very safe approach to things, you can try to add points to skills such as Dexterity and Luck. Dexterity is the most important here because it will increase the success chance of lock picking, and if you go down that road, then you should definitely try go get more stealth and such stats other than HP / Physical Power.