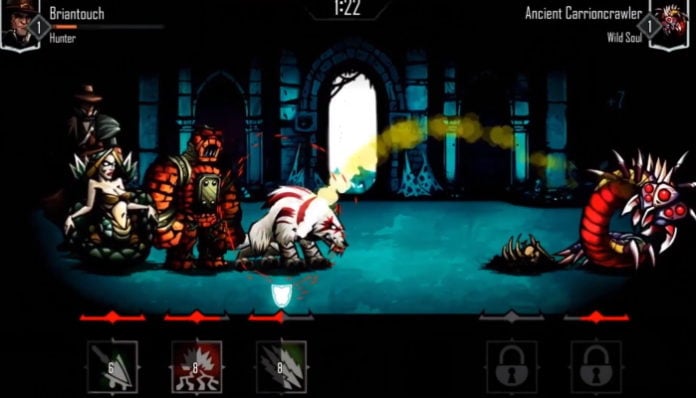 During the 19th century, science and mysticism blend together to create an otherworldly practice known as “dark science”. When a discovery comes to light that living beings’ souls can be used as an energy source, the world becomes flooded with horrific rituals…

In Evilibrium: Soul Hunters, players take on the role of a practitioner of the dark arts. Players are able to explore a dark, open world in search of new creatures to slay and harvest souls from. From murky swamps to shadowy forests, the world of Evilibrium is shrouded in mystery.

When you dive into one of the many dungeons in Evilibrium, you will hunt down grotesque beasts in search of new souls to utilize. Souls you own can be turned into creature cards, which makes up your battle team.

Creatures will fight on their own, and they can utilize unique skills on their own. When they grow strong enough, they can evolve into more powerful forms, granting them even more skills to use in battle.

There are over 100 souls in Evilibrium, so no two groups are going to be the same. And with many of them able to evolve, there are endless possibilities for deck building.

Evilibrium also sports a dark and moody atmosphere, accompanied by beautifully hand-drawn “comic book” sequences that tell the story. As you explore the world, you will be forced to make decisions that can alter the course of your path.

Evilibrium: Soul Hunters is available now on the App Store. An Android release is planned for a later date.