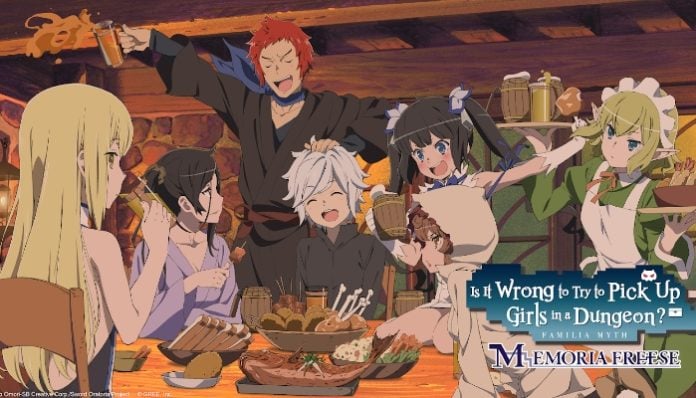 The city of Orario awaits, and the story of an uprising adventurer by the name of Bell will unfold before you. It’s time to get to the dungeon with our DanMachi Memoria Freese cheats, tips and tricks strategy guide! Who knows – you might even pick up some girls!

Missions are split into four categories for your convenience. There are daily, total, time-limited, and rookie missions.

Daily missions will ask you to complete standard and event quests. Generally you’re going to receive Potato Snacks as a reward for completing daily missions, which are consumables that recover 50 stamina. These are great if you’re in the long haul.

Total missions are the “achievement” missions – basically milestones of your journey so far. A lot of these are worth precious iris, the premium currency of the game, so try to do as many as you can. 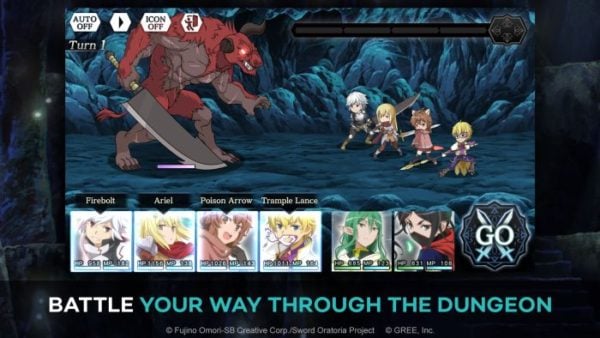 Time-limited missions are exactly what they sound like. They usually pertain to an event quest that’s currently happening, so be sure to check it out. You’ll get special exclusive rewards not to mention some more iris.

And lastly, the Rookie missions are there to lead you down the general progression path. These missions will take you through Bell’s story and show you the basic mechanics of your characters and battles.

Interact with your characters for bonus goodies!

As your characters venture into the dungeons, they’ll gain CP (character points) in addition to regular experience points. When their CP increases, you’ll be able to unlock new interactions with them.

In the Interact menu, you can take part in a character’s personal quest or story. The quest play out like normal dungeon battles, but they may feature a particularly dangerous foe, so be prepared!

In the Story section, you can enjoy small little snippets that give you an insight to the background of the character. Both of these events will reward you with valis, iris, and other useful goodies. On top of that, a character receives small stat bonuses when their CP increases. Bottom line: don’t neglect your characters! 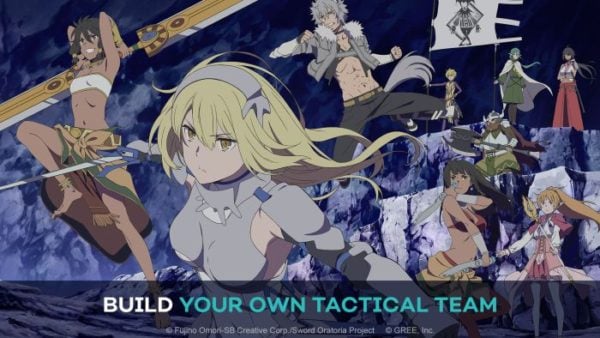 Get Falna on Sundays!

You’ll need a special material called Falna to unlock new panels on the status board, the main method of powering up your characters. Falna drops occasionally through the regular story quest, but if you’re looking for a specific falna you may want to turn to the Falna Quests in the Event Quests. What type of falna you’ll get from the dungeon depends on the current day of the week.

On Sunday, EVERY falna dungeon is open for access, so Sundays are the time to farm for falna!

Assist-type characters boost the stats of a regular character and grant them special passive abilities. Assist characters have their own stats, and they are directly added onto the main character’s stat. You can make a physical attacker hero even stronger by equipping them with a high strength assist character, as an example of playing towards your characters’ strengths.

When fighting through a dungeon, keep in mind that there aren’t many ways to restore MP early on. Because of this, you may want to save your skills for the boss fight, if there is one. Stick to regular attacks to build up the art gauge!

Speaking of arts, these ultra powerful specials can decimate foes in one hit, but you’ll need at least one charge of the art gauge to unleash it. Any character that is at least 3-stars has an art, and the art gauge charges whenever you deal or take damage.

Some enemies are resistant to a particular type of attack. If physical attacks aren’t working too well, try using a magic attack to even the odds.

That’s all for DanMachi Memoria Freese! If you’ve got any other tips or tricks to share, let us know in the comments below!