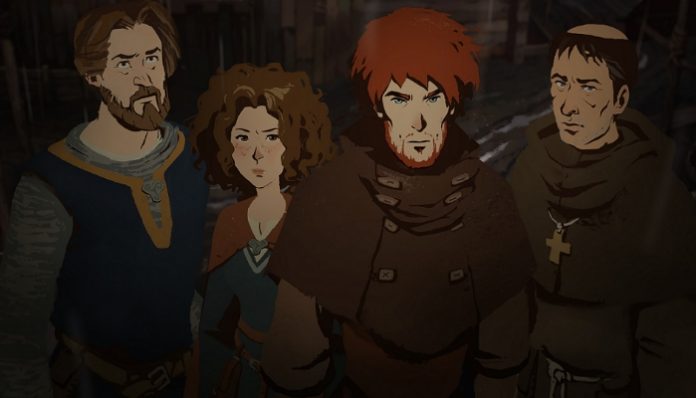 Daedalic Entertainment is bringing the video game adaptation of Ken Follett’s The Pillars of the Earth Book 1 – From the Ashes to iOS this April, with Books 2 and 3 following at a later date. This point-and-click adventure game is an epic fantasy that no adventure game fan should miss!

Taking place during the turbulent times of 12th century England, Ken Follett’s The Pillars of the Earth follows the tale of three would-be heroes: Jack, Aliena, and Prior Phillip. In their hometown of Kingsbridge, they band together to make their biggest dream come true: build a gothic cathedral in the town to expand its economic and political presence. 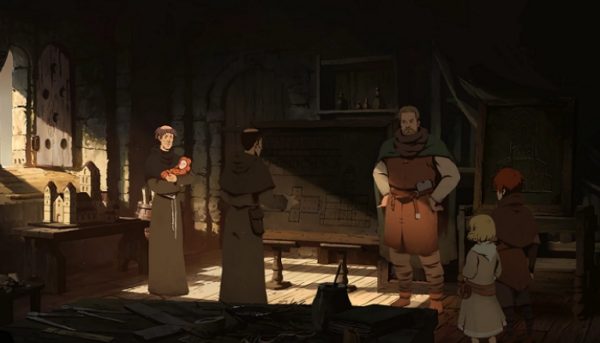 Of course, there are forces behind the scenes trying to crush the trio’s dream. Town rivals Bishop Waleran and William Hamleigh would rather see the humble town of Kingsbridge wiped off the map, and thus the fight for liberty begins.

Ken Follett’s The Pillars of the Earth is structured like a classic PC adventure game but features popular modernizations, like the multiple choice dialogue system found in TellTale’s games, such as The Walking Dead. You’ll lead Jack and through this epic tale full of puzzles to solve, beautiful hand-painted environments to explore, and of course plenty of interesting people to converse with.

Originally released for PC, PS4, and Xbox One, the iOS version of the game is the full experience – no cuts to the story, gameplay, or the wonderful orchestrated soundtrack performed by the FILMharmonic Orchestra, Prague. Don’t miss this one-of-a-kind adventure!