Home Mobile Gaming News Crypt of the NecroDancer’s Prequel NecroDancer: Amplified Is Out Now on iOS 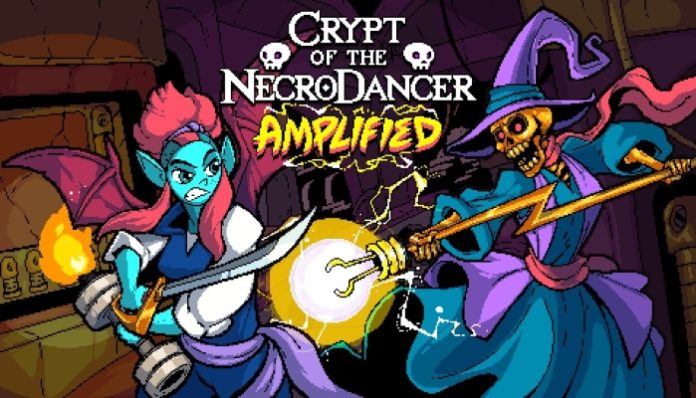 The hit rhythm indie game Crypt of the NecroDancer saw an official iOS release back in 2016, and mobile gamers around the world were bedazzled by its incredible amount of charm, fantastic soundtrack, surprisingly deep story, and its seamless blend of two polar opposite genres.

After the game left early access, a DLC prequel titled Crypt of the NecroDancer: Amplified was released in 2017. Amplified added a whole new zone, new items, a new hero, and of course a new plotline that shines some light on the original story.

Now, iOS gamers finally get to experience this new chapter in the NecroDancer series, as NecroDancer: Amplified is available now on iOS! The game is basically the original game plus the new Amplified content, so if you are interested in the game, this is where you should start.

Before Cadence falls into the Crypt of the NecroDancer, a vampire known as Nocturna delves into the crypt to destroy an ancient artifact known as the Golden Lute, an artifact so powerful it has deadly potential.

Thanks to her vampire blood, Nocturna can use a transformation spell that turns her into a bat. As a bat, she may fly and her attack power increases. She also gains vision of all the enemies on the floor, and she heals herself once she takes down enough enemies. Utilize Nocturna’s vampire powers to the fullest!

NecroDancer: Amplified is available now on the App Store for 4.99 USD.