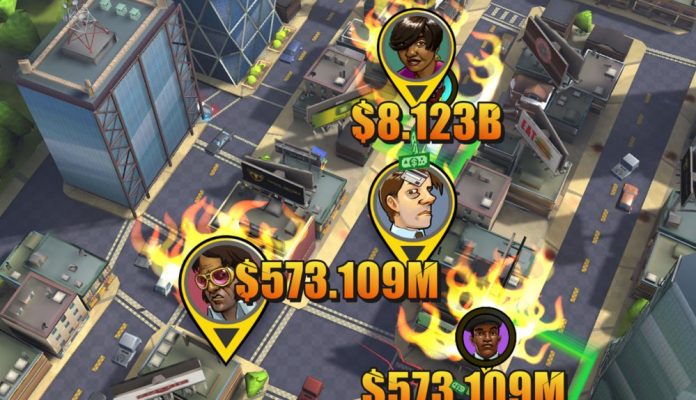 It’s not going to be an easy ride (no pun intended!) but our Crazy Taxi Gazillionaire cheats and tips will help you get out there and rule the streets faster than you’d otherwise would. We have a complete guide for you so that you get started on the right track and continue until you unlock all the drivers and rule all the areas in the city.

With an unexpected launch, Sega challenges us to become the bosses of our own Taxi Empires in the cool incremental game Crazy Taxi Gazillionaire. Featuring the crazy stunts and action of the original game, as well as some interesting mechanics and beautiful graphics, this is a game everybody loves playing. But it’s not easy, so let’s check out some Crazy Taxi Gazillionaire tips and tricks below!

Drivers & Their Favorite Cars
Drivers have favorite cars and if you pair them with one, they are more productive. This is difficult early on when you have a limited number of drivers, but later on in the game things get much easier. So when you have the chance, always pair the driver with their favorite car.

How to change an assigned driver
At the moment, you can’t change a driver after you’ve assigned them to a specific car. There might be a feature to change this sometime in the latter stages of the game, but for now I wasn’t able to find any way of switching drivers or assigning different ones to different rides. This makes tip #1 even more important!

How to unlock all drivers
There are two main ways to unlock more drivers and neither of them is very simple:

– Scratch tickets: these are rewarded for completing various things in the game (from watching ads to leveling up characters) and they all have a waiting time involved before you can use them. But usually they have at least one character, so it’s worth the wait!

– Reach upgrade milestones with your characters: upgrading each Driver to level 10, 25, 50, 75 and so on not only makes them produce more money per hour, but also offers you and extra reward. Sometimes, this reward is an extra character (or more) so always work on upgrading your drivers so that they reach the next milestone ASAP.

Optimize revenue per hour
Even though you can tap the customers and get the extra bucks from your drivers, the best and fastest way to make real money is by optimizing driver revenue per hour. This is achieved only by upgrading drivers and getting more cars.

Upgrading drivers works in Crazy Taxi Gazillionaire differently than in most incremental games out there. In other words, focusing on the cheaper drivers that you unlock early in the game is more profitable that paying the top dollars to upgrade the more expensive ones.

In other words, getting your first driver to level 75 costs very little (the cost to upgrade from 75 to 76 is just $79), but he will produce $3,575 per hour. Upgrading the 4th driver in the Glitter Marina district from level 1 to level 2 will cost a whooping $13,000 while they only generate $4 per hour. This is absolutely insane and proves that you definitely have to focus on upgrading the early drivers often because you’ll get the biggest value per dollar from doing this.

I actually got all my Central drivers to level 75 first (and the first three to 100) before even starting to work on the Glitter Marina ones just to keep things as cost-effective as possible. So always look at the cost of an upgrade before making the purchase and always get the cheaper option because this makes you more money in the long run.

Leveling Drivers Up
As you unlock more scratch cards, you will get duplicate drivers. If you have enough points for a driver, you can level them up. Each time you level a driver up, they will produce more money per ride (so when you’re tapping the customers on the map). This is also something you should always do when you have the chance, but you don’t have a lot of control over it.

Manage the Multipliers
Having at least one multiplier active at any given time is a must because they greatly increase the amount of money you make. So always watch the ad to get the basic multiplier (4 hours per each ad you watch) and never say no when you get the chance for an extra boost when the flying objects (like Zeppelins, choppers etc) appear over your area.

Even more, you can spend gems on upgrading the multiplier and I think that is one of the best things to spend your first 250 gems on.

Crazy tapping
Strangely, spending a lot of time on the map and tapping the customers isn’t as lucrative as the hourly income is. However, this puts extra money in your pockets and you should always do this when you have some time on your hands. There are some things to have in mind here as well in order to maximize profits:

– when unlocking a new area, it’s not worth working on it until you have 2 or even better, 3 taxis unlocked. 5 upgraded drivers in the previous area will always generate more income than just 1 (or even 2) in a new area.

– be smart when collecting the boosts on the map. The biggest rewards come from the one that gives you x5 profits for a short while. Since it’s a very limited amount of time that it will be available for, it’s best to first wait for your active drivers to deliver their current passengers. Then tap the new ones that appear and only afterwards tap the booster.

These would be, for now, our tips and tricks for the awesome Crazy Taxi Gazillionaire. If you have other strategies or suggestions for fellow players to help them progress faster, don’t hesitate to share them in the comment section below.