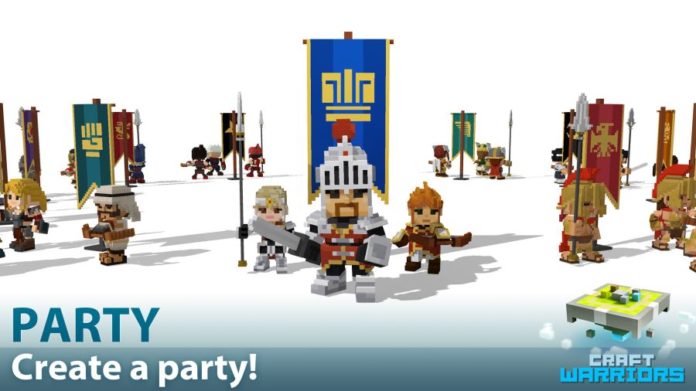 Craft Warriors is a brand new strategy game that can be easily described as Minecraft meets Clash of Clans. And we are here to share some Craft Warriors cheats and tips in our complete strategy guide to make sure that you get the most out of the game.

Although most of the gameplay and features are familiar to those who have played such strategy titles on mobile, there are some interesting new elements as well – the most important being that you have complete freedom to create your own, unique warriors and even share them with other players.

In today’s Craft Warriors tips and tricks article we will learn how to design your base to defend it easier, how to build unique warriors or use awesome skins created by others, as well as many other tips and tricks that will help you get better at this game.

So let’s not waste a single second and instead let’s check out below our set of Craft Warriors tips and tricks!

Upgrade all troops
…but start with your favorite ones! The stats of the troops will most likely change with future updates, so it’s a good idea to try and have them all to a level as high as possible, but focus on your favorite ones at first.

Remember that troops that are being upgraded can’t be used in battle, so it’s best to work on them after going to battle in order to make sure that you get to use them as often as possible. 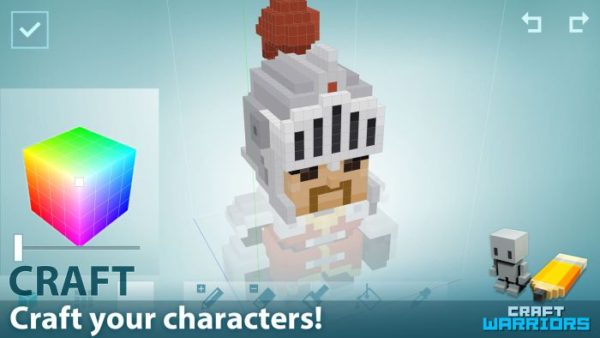 However, the Airship is vital when it comes to building your army as it increases the loot you can carry and the army you can deploy. So don’t forget about it like I did and upgrade it to the maximum.

Constantly work on improving your base design
In the early stages, I think it’s pretty difficult to build a base that can be properly defended, but this doesn’t mean that you should just give it up. You should always work on improving the design of your base and you can do that through constant testing and by checking out what works best against your troops when you attack.

In most cases, what matters the most to you when you are attacked is to keep as many resources as possible safe – not your castle. So put that one outside the walls, and keep the resources well defended. Alternately, you can scatter the resource buildings around the base in order for your opponents to have to spend as much time as possible getting from one point to another. 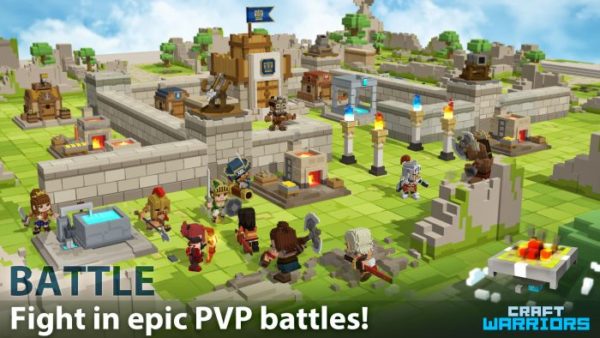 However, the castle is the building that produces defensive troops and once you lose it you lose them forever. So it’s a matter of testing and fine tuning and seeing what works for you best, but so far the scattering method seems to work best.

Also, don’t forget to place your balista on a wall and take advantage of traps and all defensive units. Keeping the balista up high gives you a big advantage in the game, especially if the opponent doesn’t have a ranged unit in their squad.

How to change the skins of your warriors
One of the main features on Craft Warriors is that you can build your own skins for the warriors and use them in battle. These don’t affect stats in any way and only exist for fun. And if you’re not talented enough to build your own, you can always browse the creations that other players have made and use them if you want to. 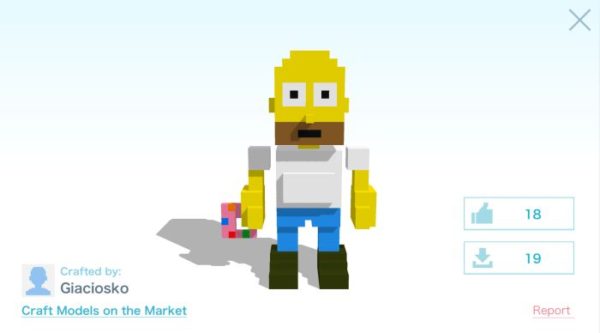 In order to do so, tap the cube icon on the lower left side of the screen, then select “Market”. From there, select a category of skins and start browsing. Once you find a character skin that you like, simply tap it and then tap the download button. Finally, don’t forget to tap the “Add Craft Model” again in order to actually be allowed to use it. 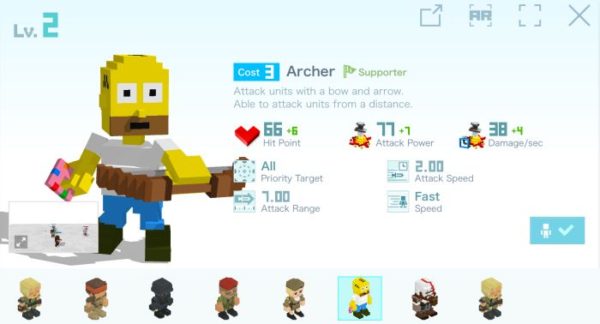 After saving the model you like, go to your barracks and double tap a warrior you want to change the skin for. Tap the small blue icon in the lower right screen and select the new skin in the bottom menu. That’s all!

Focus on resource gains, not stars
Stars are not very important in the game right now, especially in the lower leagues and even more if you can’t make it to the top 100 players. Therefore, you should focus on always maxing out your resource gains when you attack – so always target those buildings first, without caring about anything else.

Keep sending troops in battle
An interesting feature in Craft Warriors is that you can only send in battle one unit per slot you have unlocked, but each slot can actually hold more than one unit.

If a unit sent from a particular slot is defeated, you can and should send a replacement instead – anywhere you want on the map. This is a great thing to do since it allows you to attack different areas on your opponent’s base and change your strategy depending on the needs.

Work on finding great troop combinations to send in battle
Eventually, you will have more troop types than you will be able to send in battle so pairing them up in order to get the most from them is essential. There are different combos that work depending on one’s needs, but I would recommend to always have these types of units in your squad:

At least a tank-type of character to draw damage while the other damage dealers wreak havoc around, an Attacker like the lancer who targets enemy troops and deals massive damage and a ranged unit to quickly take out the defensive buildings that are high on walls.

At the moment, as you saw already, there were no Craft Warriors cheats to share, but we’ll make sure to update this article if we find any. Hopefully the tips and strategies we shared will help you improve your game and if you have additional tips to share don’t hesitate to do so by commenting below.