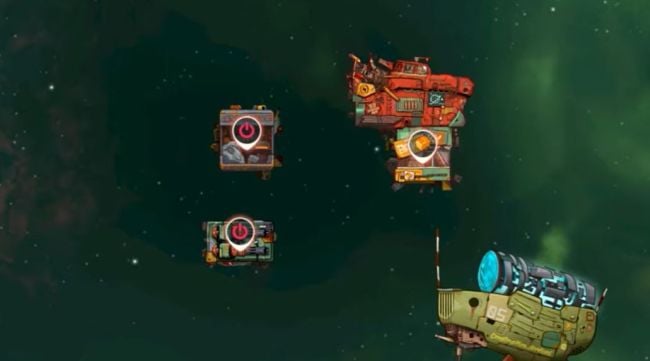 In today’s article we are going to cover all of the Cosmic Wars: The Galactic Battle tips and cheats to help you become stronger and win all of the battles that you’ll encounter – as well as how to properly upgrade your ship!

I have to admit that this game is pretty unique, both in terms of graphics, gameplay and characters – I mean, there is a space pig! And not just that, but the game in itself is super fun to play and I am pretty sure that it will most definitely keep you glued to your device the more you progress through!

One thing that I have to mention though is that it is an indie game, so it’s not made by any big corporation, and yet it turned out more entertaining than many, many other such games out there! So the developers definitely put a lot of heart and soul into the game.

But enough with the praising – you came here to learn all of the Cosmic Wars: The Galactic Battle tips and tricks, so let’s not waste another second and dive right into them!

Start by following the game’s quests

You will have quite a lot of freedom to do what you want in the game, but one main thing that I want you to focus on is the tasks which are given to you early on, as they will help you unlock more features and help you with pretty much everything that you need to do.

I suggest that you start following quests until you unlock a few of the game’s main features, such as the Black Market and more. So try to do the quests as they will guide you through everything that you need to know mostly.

To check out your quests you will have to tap on the Logbook icon in the upper right side of the screen, but if you want to track the quests all that you have to do is tap on the menu on the right because it will open the quest log and then you can have it on your screen at all times, for quickly accessing the tasks.

Upgrading the Construction Ship is not mandatory

Even though there will be a quest given to you by Don Don, which asks you to upgrade the construction ship, you don’t really have to do it if you don’t want to. The upgrade to the Construction Ship will cost 100 Uranium, and level 2 will grant you the following:

All of the following upgrades will increase the numbers by +1, so it’s really up to you – it can be super useful because it will make things a lot faster, but if you want to save up the Uranium, it’s not mandatory.

Your ship’s Health bar will be in the upper left side of the screen, along with the SP and DPS. These bars will show you the following:

– HP: how much health your ship has, when this reaches 0, you lose the battle,

– DPS: when the DPS bar reaches 0, it means that all of the damage turrets that you have are damaged and can no longer attack – so basically once they reach 0, your ship turns into a sitting target dummy.

One of the easiest things to do if you want to battle constantly and get more resources would be to always repair your ship whenever it gets damaged. That can be quickly done by heading over to the Construction Ship and then selecting the Repair option.

You will notice there an Auto-Repair button which will automatically repair all of the parts which have been damaged. Make sure that you do that after each battle because it will not take a long time and you will be able to fight more without having to wait for a long time for the repairs to finish.

If you are heading into a battle with half of your HP bar, you might get really unlucky and the enemy might hit your turrets, which will result in you ending up a sitting dummy. So it’s better to always make sure that no matter if you go versus a small lvl 1 enemy or a rich and powerful cargo ship, that you always go with full HP expecting to get damage.

When you head over to the Adventure menu you will be able to start exploring the universe and discovering all kinds of new enemy ships. Do this often because space battles will reward you with Food and Iron when you win, so it’s definitely something worth doing.

Fight enemies lower level than you

The enemies will have their level shown right next to their name. You should always try to battle enemies who are lower level than you, or equal (if they aren’t too buff) because the fights can escalate pretty fast.

So try to never look at enemies higher level than you, because their equipment will also be stronger most likely and if you haven’t made many upgrades, you might end up losing the battle.

When you spot a ship which has the Elite tag it means that the ship might be quite powerful! Well, at least in terms of DPS if not HP. So I would suggest that you try and stay away from it because it will probably inflict more damage than you expected.

So I suggest that you upgrade quite a bit before you go ahead and fight them. However, they make for good resource sources!

Build your ship the right way

I am not sure if you’ve noticed this so far or not (yet), but the ship parts can be moved around however you want even after you built them, and they will have quite a big impact on how you will carry out the battles. Here is everything that you need to know about that:

– Each ship component has its own health and if it gets critical damage and gets destroyed, you will not be able to use it until it gets repaired.

– You will be able to move the ship parts however you want, but it’s better to protect your weapons and also to protect the Command Center as best you can.

– If a ship part which is located on the interior (has another part on the outside, linked / connected to it) gets damaged, that part will cease working even though it might not have taken any damage. It’s as if its power got cut off.

Build weapons and protect them

The weapons should be built, in my opinion, in the safer parts of the ship so that the enemies will not hit them first and leave you defenseless. If your weapons get destroyed, you will not have any means of taking out the enemies, so it’s better to make sure that you keep them safe and protected.

The Command Center is basically the ship’s headquarters. That should be always protected and I suggest that you try to build around it because it will make your construction last longer. Try putting some disposable structures around it, which will not affect your ship too much if they get damage.

Don’t connect important weapons on the outside

I would argue that it’s very important to never have some super powerful weapons out the outside of the ship, connected through some parts. That is because it will make quite a big negative impact if your ship gets attacked and the connecting parts get destroyed because it will leave your weapons useless.

Making tons of upgrades to your ship is a good way to get stronger, because they will increase their damage and allow you to take down the enemies much easier. I suggest that you tap on a part which you want to upgrade, and if you see in the upper side of the screen (on the window which will pop up) you will notice the progress bar which shows how many upgrades you can make to that part.

It’s good to have them all upgraded and maxed out, but it will take time and a lot of resources. So try to upgrade your best and most important parts first, and then you can move on to the next ones.

Don’t forget to always upgrade the Command Center when it is available, because it will unlock new parts which you can build and let you make more and better upgrades.

How to make the upgrades:

I suggest that the order of importance for the upgrades should be something like this: Command Center -> Your best weapons -> Resource Facilities (Space Bakery, Ironworks etc), but early on I suggest upgrading the Resource Facilities a little bit so that they can store up more resources while you’re away.

As you upgrade your Command Center you will be able to unlock and build more parts to the ship – make sure that you always build first what the quests ask you to, because they will let you progress in the game, and then, when you unlock better weapons, add them too!

Check out the best ships in the game

When you are not exactly sure how to set up your ship or you want to take a look at some of the best ships in the game so far, you can check that by heading on to the Menu -> Black Market -> Legendary Ships and there you will see other players’ ships!

The ships that are listed there start with the best possible ones, and you should definitely take a quick peek and see how some of the best players have built their – it might give you an idea on how it works best.

Get some free rewards

Check out the Billboard for rewards

This can be found when you head on to the Adventure button and there you will notice a strange looking ship with the name Billboard. This will also be tracked by an arrow, which will point in the direction of the Billboard.

Head on there and if you choose to watch an advertisement you will be able to receive one of the following rewards: Food, Iron, Uranium, Core or C-Class Machine Component. These are all useful, but you can only watch ads and try to claim rewards 20 times a day – so try to do it daily as the rewards will definitely be super useful.

Take part in the in game events

In game will be several events which will reward you mainly for being online or logging in to the game, or even upgrading your ship. When you are in the ship interface, if you check on top of it you’ll see the funny looking tiny ship with tons of signs on it (clickbait ship as I call it).

These would be all of our Cosmic Wars: The Galactic Battle tips and tricks that we have for you right now! Do you know some more cool and useful game tips that you would like to share with us? Feel free to leave them down in the comments section below!