Fantasy action role-playing games might be a dime a dozen, but few have managed to take the same bold step that the newly-released Team Guardian has, having made the ambitious leap from PC to Mobile. Aiming to provide all budding adventurers with a console-like MMORPG experience on their smartphone, the game has just recently enjoyed its global release.

Featuring more than 20 uniquely distinct character classes to take hold of, Team Guardian aims to immerse you by letting players plunder and explore in a world realised in full 3D graphics. Whether it’s via dominating dungeons, visiting castles, or looting treasure warehouses, there’s plenty of ways to master your character’s blazing combos and action skills.

Your quest to restore peace to a mystical land will be a fruitful one thanks to a suite of mission types that includes escort, annihilation, and defence, as well as a fully-fledged PvP battle mode. Known as the “Forgotten Golden City”, it’s here that you’ll be able to prove your worth against others in real-time, representing your nation by competing against others from around the world. 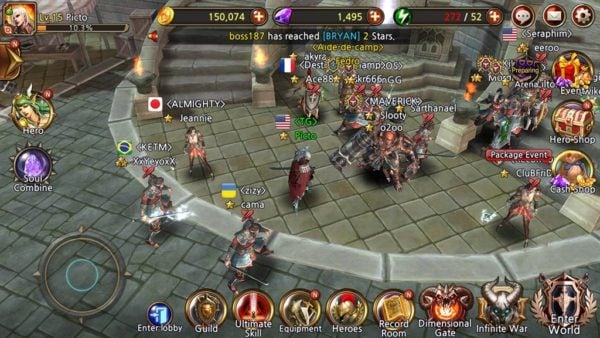 The dynamic action continues within Team Guardian’s dedicated Guild system, which rewards players with an abundance of loot and gear rewards, should you be successful in pillaging and occupying guild mines. It’s a sure-fire method to improve your skills and grow the honour of your Guild, but should you struggle, Team Guardian’s in-game plaza makes it easy to compare notes with others.

Following many successful soft launches in many territories such as Europe, now’s the chance for an international audience to experience Team Guardian for the very first time. Download the game today on either iOS or Android.