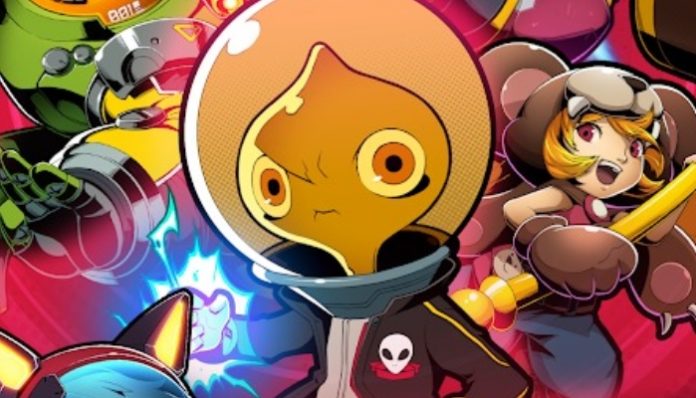 Remember the old classic puzzle arcade game Puzzle Bobble? Imagine that, but if you had a rapid fire machine cannon instead of a singular bubble shooter, and you end up with Block Busters – Gem of Arena, an all-new competitive puzzle game from Redpotion Games.

The basic premise is just like how you remember old school arcade puzzle games to be – you start off with a cannon, and a bunch of multicolored blocks appear from the sky. You will need to take them all out before they reach your cannon, otherwise it is game over!

Now that sounds all familiar, but Block Busters has its own spin on a few things. For starters, the blocks do not go down in one hit! Each block has a number next to it, and that represents its health. You will need to hit blocks multiple times to break them, and this is where your trajectories come in.

Your cannon will shoot not one, but multiple shots in an extended burst. It is important to line up your shot, because these bullets travel far and you will need to make the most out of your shots.

Players can also take Skill Cards with them into battle, charging them up by breaking blocks. Skill cards can mess with your opponents in multiple ways, so they may be the key to victory!

If you are looking for a competitive PvP puzzle experience, then Block Busters – Gem of Arena should be on your to-try list! Download it now for free from the App Store and Google Play Store.