COD Mobile’s Season 10 is coming close to an end, and the players are much excited for the upcoming Season 11 update. Meanwhile, the game recently celebrated its 1st Anniversary, and the developers are now getting ready to launch the next major patch.

As per the official announcement, Call of Duty: Mobile’s Season 11 is set to release on Friday, 14th October, at 5 PM PT. In fact, the upcoming season’s release date came to light when the official @charlieIntel Twitter Handle announced the Season 11 update details.

At the same time, a teaser has also been published by the official COD Mobile’s Twitter handle on October 9, which states ‘5 Days to Ago’ until a new major update arrives globally.

With the commencement of Season 11, a host of interesting additions like new Scorestreak, Advanced UAV will arrive in the game. Unluckily, the developers didn’t release a Test Server, and therefore, we don’t have the complete list of new Season 11 update features. As for now, it’s being alleged that the upcoming COD Mobile Season 11 will be based on the Halloween Theme.

Furthermore, the name of the next free epic gun has also been revealed. In a recent poll, COD Mobile asked its players to vote for their Favorite Call of Duty Mobile: Weapon Blueprint, and Man-O-War Cardinal won by the highest number of votes.

Therefore, Man-O-War Cardinal is the next weapon coming to the credit store that will be made available at a 50% discount. 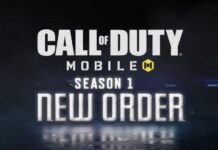 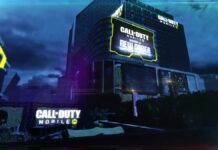