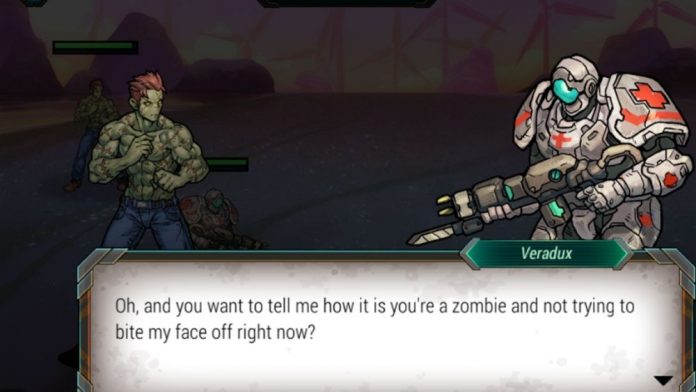 I was a lot younger when I first played what became one of the best known flash games about 10 years ago. That’s when I met Sonny, a flash-based RPG created by Armor Games. It was launched at the peak of popularity for flash games and everybody was addicted to playing it.

Fast forward ten years into the future and Sonny is back: re-imagined and adapted for the iPhone, the Sonny RPG is now available for download. And, even if you haven’t played it when it was first launched – but especially if you did – you should definitely download it now.

Sonny RPG tells the story of a super powerful guy that rises from the dead and start fighting, together with his allies against hordes of mutated monsters and evil bosses. Even though the RPG elements that Sonny brings to the player have become the norm in today’s games, it’s worth noting that when it was originally launched, there weren’t many games like this on the market. And, even after all this years, Armor Games’ Sonny is a hit and must play title.

Here’s the story according to the developers:

When Sonny rises from the dead with his mind intact and his memories missing, his search for the truth will lead him and his allies to save the world or die trying against rampaging mutant zombies, monstrous techno-beasts, and much more. Reinventing the classic played by millions, Sonny is designed for cunning and creativity with an emphasis on strategy and difficulty as the gameplay evolves.

The game, as I said already, has been reimagined for the iPhone, the graphics got a nice boost and everything looks amazing. For many, it will bring back sweet memories. For others, it will surely create them from scratch.

So no matter what category you’re part of, download this game on the App Store right away. You won’t regret it if you’re a fan of RPG games with turn based combat and increasing difficulty (as well as difficult boss encounters).