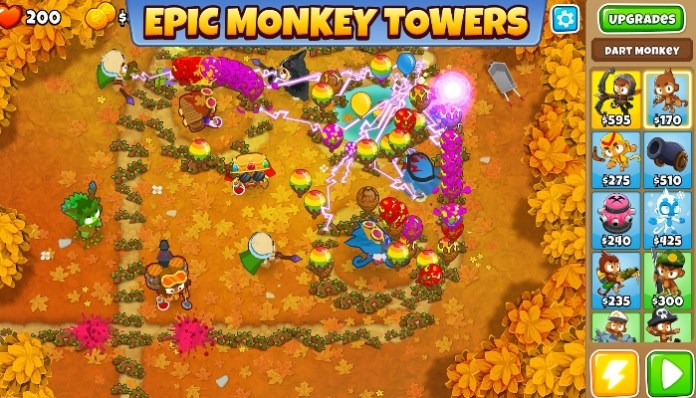 When you think of the Tower Defense genre, the Bloons games will pop up in your mind at some point. The monkey-toting balloon-popping series has become a huge hit since its humble beginnings as a simple Flash game, and now Bloons TD 6 has officially arrived on mobile!

In Bloons TD 6, players will still be deploying special monkey towers to pop those pesky bloons, and now the game is sporting a fancy new look! Blending 2D sprites with pseudo-3D models and stylized special effects, Bloons TD 6 is probably the best looking game in the series to date! 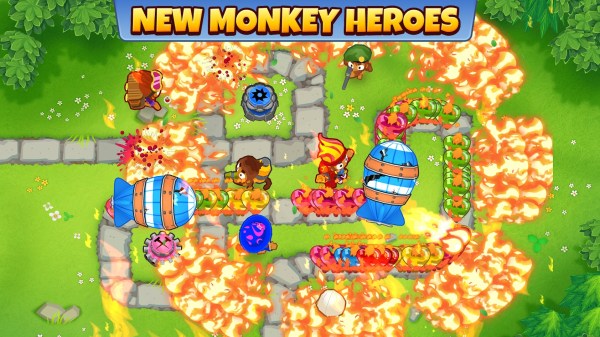 The 3D models aren’t just for show either – some maps are designed around them, as they will block line of sight. Speaking of maps, there are twenty new maps for you to play through.

As for the monkeys themselves, we’ve got 19 powerful monkey towers. The classic monkeys are still here in their full glory, but there are also two new towers. The first is the Druid monkey, who specializes in elemental control to attack multiple bloons in an area. The second is the Alchemist, who utilizes special concoctions to weaken bloons.

The biggest addition in Bloons TD 6 has got to be the new monkey heroes! You can only use one hero per match, and they are juggernauts! Heroes have unique special abilities that can absolutely shred through bloons. Use them wisely! 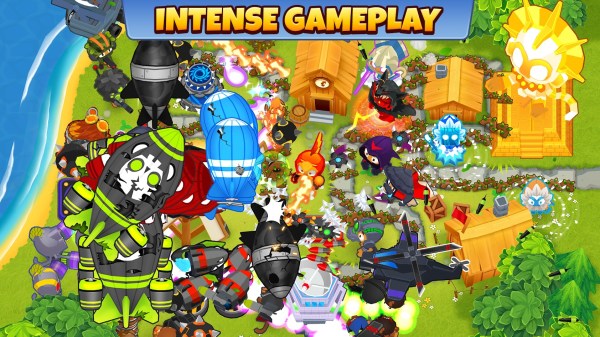 There are new upgrades for your monkeys too. Now’s there over 100 upgrades that change your monkey towers so you can customize your own strategies and loadouts.

With all this newfound power, there has to be powered up bloons too! New bloon types will keep veterans on their toes, like the Fortified and Purple bloons. Adapt, upgrade your monkeys, and take out those bloons!