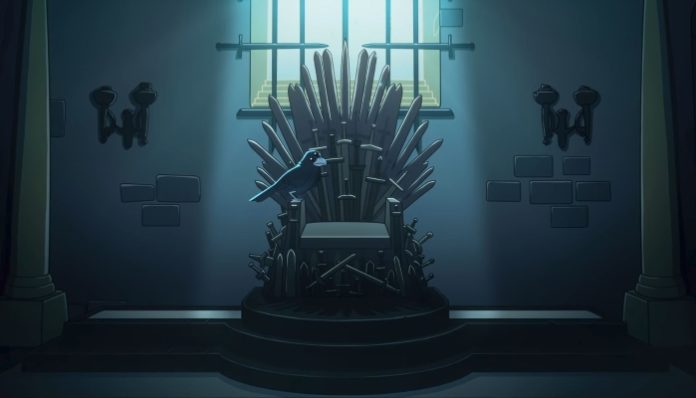 The Iron Throne awaits! Reigns, the award-winning indie hit about swiping to control all of your political decisions, has officially received a rather winter-y make over. Reigns: Game of Thrones is a spin-off of the original game in which players balance out the Seven Kingdoms in order to take the Iron Throne for themselves.

Based on the hit HBO series, Reigns: Game of Thrones lets players play as the main characters from the show, including iconic characters like Cersei Lannister, Jon Snow, Daenerys Targaryen, and more! Your favorite rulers and tacticians are all here, so playing out your greatest Game of Thrones scenarios is now possible! 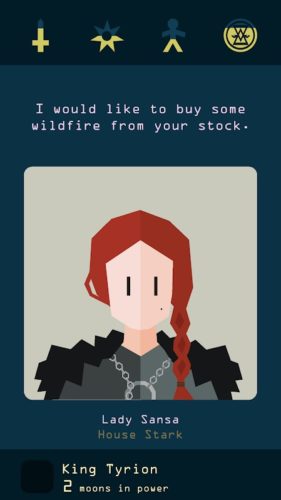 The classic gameplay from Reigns and Reigns: Her Majesty is all here, and remains fairly unchanged. The Seven Kingdoms will prompt you with various choices and demands from the people of Westeros. Swipe left or right to agree or disagree, and the watch the political climate change before your very eyes.

Just remember that all of your actions have consequences! And if a particular character is becoming too much of a problem, you can also just tear their card in half to remove them from the picture. But such a powerful maneuver has the power to change everything, and Reigns is all about keeping balance. 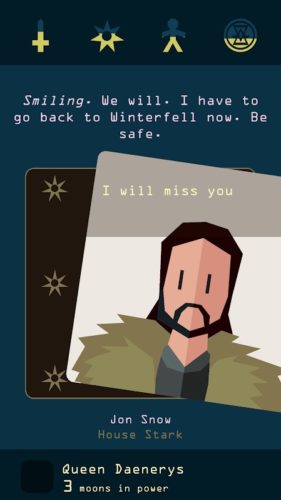 And of course, the series’ signature mini games are all here as well. Take a break from ruling and politics and have a little fun with jousting, tavern brawls, and more. There’s always fun to be had in Westeros!

Reigns: Game of Thrones is available now on the App Store and Google Play Store for 3.99 USD.

Claim the Iron Throne in Reigns: Game of Thrones