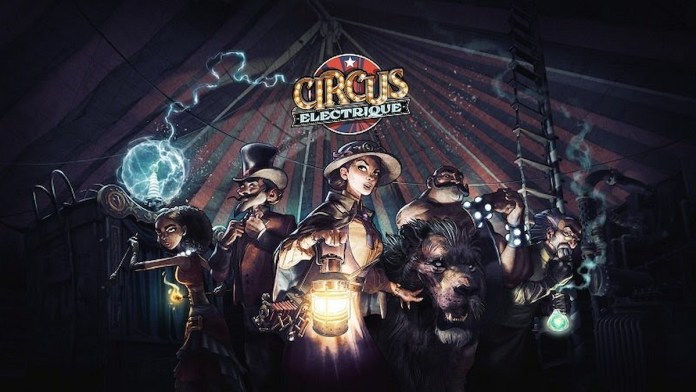 The Game Awards 2021 gave our our first glimpse of a ton of exciting upcoming titles with one of them being Circus Electrique – a unique story-driven RPG game that’s set in Victorian steampunk London.

And in this article we’ll be telling you everything we’ve gathered so far on the upcoming RPG game.

Developed by Zen Studios, Circus Electrique sees a team of circus staffers try to save London after its residents “mysteriously” become “vicious killers” – at the same time ensuring the shows must go on. The game’s antagonist include rogue sailors, aggressive posh girls, bobbies gone bad and others.

The circus crew on the other hand includes Fire Blowers, Clowns, Strongmen, Escape Artists and others that make up a stunning total of 14 playable classes that you can use to create a fine strategy in turn-based battles. From the trailer, we can see that the game has a tactical mechanic to it which gives out the fact that it involves circus management as well.

In Circus Electrique, you aren’t able to play as a solo protagonist but as a team of circus members with each of them possessing a special and unique skill that you can use in battle.

You must be able to balance the fighting side of the game with practicing for your performances afterwards. The success of each show is dictated by how you performers perform with each other, their skills and chemistry alignment makes up for a successful show and lets you make more money.

Your ultimate goal however, is not to make money alone but use your gifted performers to step up and defend the city of London from the citizens that have mysteriously and unexpectedly turned into violent and murderous creatures.

Features to expect in Circus Electrique

The game utilizes a “Devotion morale system,” that will have an effect on the performance of the players in turn-based battles and even circus performances. As stated above, there are 14 playable characters and they each all have their own unique tactical options in battles.

With an electrifying role-playing turn-based battles, you’ll be able to put the skills of Clowns, Fire Blowers, Escape Artists and others to the test and see just how far their special circus skills can take them. You’ll have to carefully assemble the best combination and battle challenging enemies in turn-based battles.

Take control of the Greatest Show in Steampunk London

One of the most interesting aspect of the game is that despite all the ongoing chaos, the show must go on. And it’s up to you to rebuild the circus and lead it to its former glory by recruiting the best and most talented performers from all over the world.

You’ll need to perform and perform well in order to build chemistry between your performers and earn enough money to pay them for their hardwork. Circus Electrique is a circus game unlike any other as it allows you immerse yourself in a fascinating world and puts you in control of it.

There’s no specific launch date for the game as of yet but it has been confirmed that it will launch for PlayStation 4, 5, Xbox One, Xbox Series X/S, Nintendo Switch and Windows PC sometime in 2022.

Circus Electrique Release Date: Everything We Know So Far