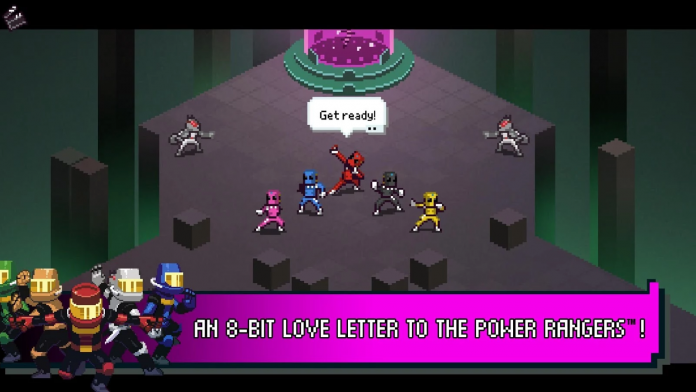 This is the glorious phrase you hear before your squad turns into colorful heroes in Chroma Squad! Chroma Squad is a tactical turn-based RPG inspired by classic Super Sentai shows, like Kamen Rider and of course the westernized version Power Rangers. Five underappreciated stunt actors are filming the newest episode for their sentai show, but they’ve finally had enough with their bossy director. They quit their jobs on the spot in hopes of starting their own show. Fortunately one of the actor’s uncles agrees to lend them his old abandoned warehouse. While turning it into a new studio, they uncover a giant brain in a tube – but it’s just a prop though. An awesome prop, at that! With everything set, they start recording backed by nothing but a small budget and their hopes and dreams.

And that’s where you come in, dear player! Before you can get started recording, you’ll need to select the stunt actors. There are around ten different actors to choose from, each with their own stats. Your squad consists of five different roles each with their own passive abilities. The Lead has more health than the other members, the Assault does more damage, and so forth. You’ll need to consider each actors’ strengths and weaknesses to see which roles they’re best suited for. Choose carefully, because this decision is permanent! 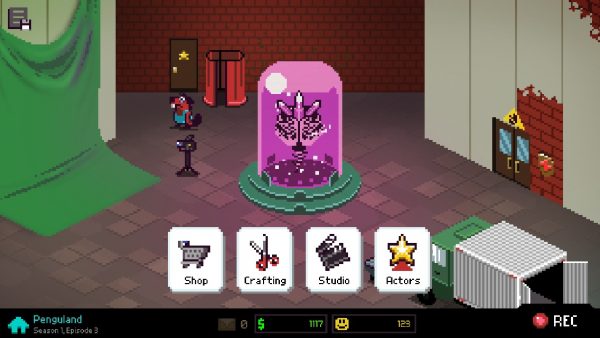 From there you be given control over the studio. You can choose to invest in studio upgrades, but they’ll apply monthly fees on the studios upkeep. However they’ll grant your squad passive bonuses in combat, like more health. You can also make new props and gear for your squad as well. There’s a lot of pre-planning to do to ensure that your squad is the best shape possible! Once everything is good to go, it’s time to start recording your first episode!

This is where the fun starts! Each episode plays on typical super hero tropes like the evil bad guy (a dude wearing a cardboard box nonetheless) kidnapping an innocent person. Each episode is based on something you’d actually see out of a sentai show, and it compliments the lighthearted tone of the game very well. When an episode starts, the game plays out like a tactical RPG. You’ll take turns moving your units on a grid-based map, and each actor role has unique skills that can turn the tide of battle. 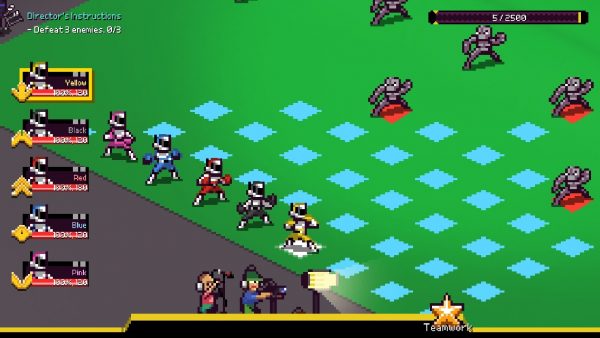 A unique and fun feature is the Teamwork button. In addition to moving and attacking, an actor can utilize teamwork. Using teamwork immediately ends their turn and puts them in an special stance. What happens next is contextual – if you have an actor use teamwork while standing next to an enemy, a team attack will occur if you attack that adjacent enemy with another actor, dealing bonus damage. If there are no enemies around, an actor in the teamwork stance will be able to toss other actors around, granting them increased movement range. The coolest part is easily the finishing attack which is triggered by having four actors activate teamwork while your last member initiates the attack. You’ll be treated to a spectacular finishing move that not only deals massive damage but wins the crowd over! What’s even better is that every time you pull off special moves like these, your actors will shout out battle phrases which you can actually customize yourself! You can have them shout whatever you can think of!

Speaking of which, you have to keep in mind that you’re recording a TV show! During an episode there’s an audience gauge at the top right. Performing cool stuff like teamwork moves and acrobatics will increase the gauge, while negative stuff will make you lose audience. You’ll need to utilize skills and teamwork to get the gauge high, because at the end of the episode you’ll earn more money and fans depending on how high the audience gauge was. It’s another mechanic to think about and adds more strategy into the mix. Take out those baddies but make sure you look awesome while doing it! 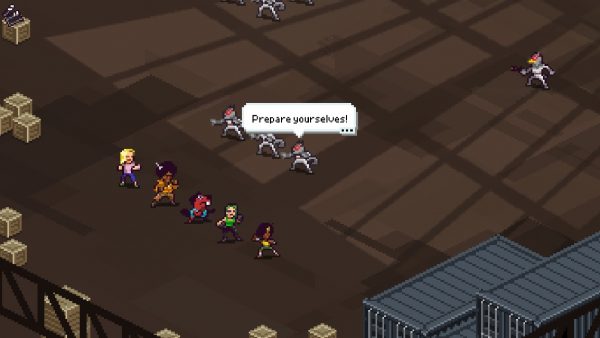