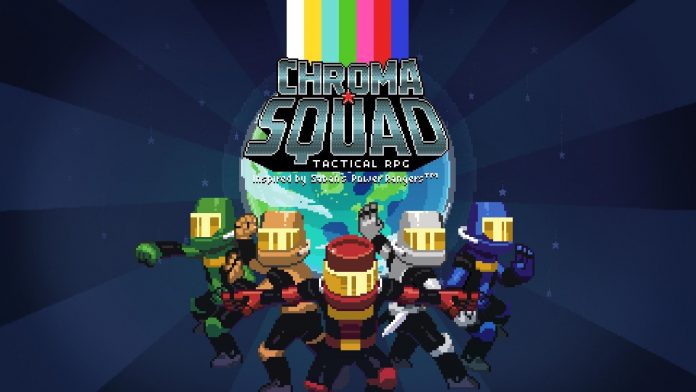 Chroma Power! Chroma Squad is a tactical squad RPG based around those awesome Super Sentai shows, like Power Rangers! After leaving a studio with a bossy director, five stunt actors create their own studio and star in their own TV show! Chroma Squad lets you cast your own crew, each with their own unique traits. Hype up the audience, build up a fanbase, and create the ultimate super hero show! Let’s start the show with our Chroma Squad cheats, tips and tricks strategy guide!

Chroma Squad is a full-fledged strategy game so there’s a lot to cover. We’ve got some core tips right here in our Chroma Squad tips and tricks guide!

1. Make the audience happy with teamwork!

On top of actually finishing the episode, you’ll also want to please the crowd as much as you can. You can see your audience numbers at the top right corner of the screen. At the end of the episode, this number will be converted into money and fans for your show.

To increase your audience numbers, you’ll need to focus on using Teamwork. Any teamwork actions like team attacks or team acrobatics will give you a nice boost in audience. You’ll also need to avoid bad stuff, like letting one of your squad mates go down. Be sure to finish off the last enemy or boss in the episode with a finishing move!

But be careful – if you use a finishing move on an enemy and it doesn’t actually finish them, you’ll lose a big chunk of audience! You can be absolutely sure a finishing move will end them when you see “FINISH!” appear over an enemy’s head.

2. Choose the right actor for the job!

When the squad moves into their new studio, you’ll need to choose the actors that will play the members. Each actor has positive stat bonuses but sometimes negative stats too, so you’ll need to think carefully as to which role they should fulfill. On top of this actor selection is permanent, so you’ll be stuck with your choices for the whole game! Here’s a run down of the roles:

– The Lead role is your main star. The Lead’s passive skill grants 50% more health, making them suitable to charge in with the team behind them. When controlling the lead, you’ll want to try to get as much enemy attention as possible. This is made easier with their starting ability Lasso that let’s them pull enemies towards them.

– The Assault role is your main damage dealer. The Assault’s passive skill grants them +30% attack. Since these guys will be all up in the action alongside your lead, you’ll want to avoid negative movement or health stats. For this reason we recommend actors like Mao Shinmei who have increased critical and attack rates.

– The Scout role is another utility-type character. The Scout’s passive skill grants +1 movement. Their starting ability is Stunning Pose, which stuns all enemies around them in a small radius. Scouts are great for getting in and shutting down enemies or exposing them so the rest of the squad can clean up.

With the passive +1 movement bonus, you can be a little flexible with actor choice here. Someone like Evan Tyson (-1 movement, +1 acrobatics, +30% attack) can give the Scout some extra firepower. Or if you want a full-on Scout that can cover the whole arena in one turn, you can stack even more movement on them.

– The Assist role is the final role that focuses on supporting the squad. The Assist’s passive skill grants +20% skill regen and they heal nearby squad mates whenever using Teamwork. Their active skills are big heals like the Healdouken, so an actor with good skill regen is a solid choice. Defensive bonuses like dodge and health are helpful too, because you don’t want your support going down!

Keep in mind that some of the actors have unique bonuses that aren’t found on other actors. For example Ingrid Johansson has “+1 fan conversion rate” which increases the amount of fans into money at the end of an episodes. It’s really useful so take that into consideration!

3. Craft to cover your weaknesses!

After clearing the first episode you’ll unlock the ability to craft new gear. When you defeat enemies you’ll sometimes find scrapped materials. You can use these materials to craft new gear for your squad. Gear has positive buffs on them, so sometimes you’ll be able to cover inherent character weaknesses as long as you have the correct piece of gear equipped.

Take a look at your options and outfit your squad to be the best! If you have an actor that has the increased items drop passive, it’ll make finding materials a little easier. You can also recycle old, unused gear to get back materials from them.

That would be, for now, our guide on Chroma Squad. If you have any other tips or tricks to share, let us know in the comments below! 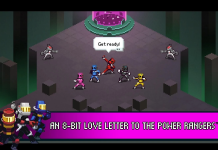