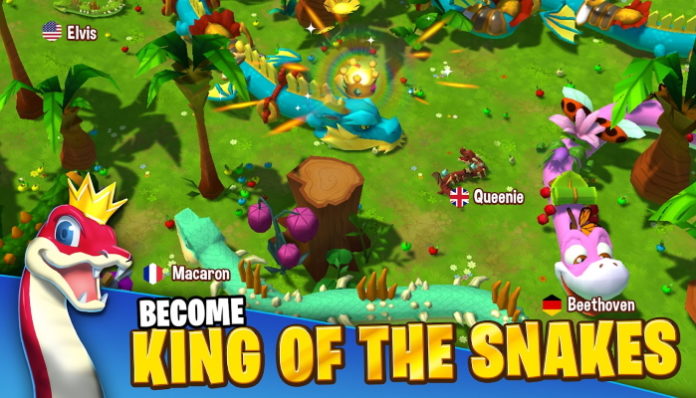 Ever wanted to play a battle royale but you do not really like guns? Well do we have the game for you! Introducing Snake Rivals, the classic arcade game everyone knows and love but with a 50 player battle royale twist!

Snake Rivals is a new free to play multiplayer game where you try to be the last snake standing in a huge arena full of 49 other players. It plays just like the original Snake of old; players must eat food to grow their snake, and avoid crashing into other snakes and obstacles!

The main mode of the game is the Battle Royale mode, where you have to outmaneuver other players and stay out of lava as the world shrinks. It is every snake for themselves in hectic 50 player mayhem!

Snake Rivals also features a Classic mode, which isn’t as “classic” as the original, but still fun. In this mode, you are dropped in against other players on the server, with various dangers to look out for – but the “classic” bit comes from the fact that you do have to collect food and become the biggest snake in the game.

There is also the equally intense Gold Rush mode where you compete with other snakes to collect the most gold under three minutes. Taking out the other snakes will help you collect gold faster!

Snake Rivals is available now on the App Store and Google Play Store.

Chomp Your Foes in Snake Rivals, Now Available on Mobile