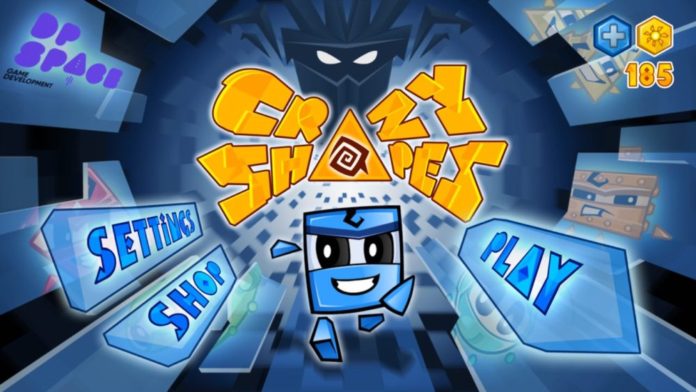 Anyone who’s ever played indie megahit Thomas Was Alone knows that you can squeeze an awful lot of personality out of a shape. Crazy Shapes takes this idea and runs with it, building a videogame backstory out of the conflict between nice orderly shapes and chaos.

Lord Chaos, to be precise. This villain has collided with the “square form of life”, leaving you to defeat his forces and restore order to the universe.

You do this by completing a succession of puzzle-platforming stages across a number of different worlds. As you play you can switch between different shapes – Cuebit, a jumping square, Fracto, a circle that can vaporise and reconstitute himself, Surger, who can explode, and Judger, who can fire a laser beam.

Along the way you’ll pick up Solar, an in-game currency that lets you replenish your lives and unlock new stages. And in addition to these abilities there’s a booster system that gives you additional powers.

Crazy Shapes has been out for a while, but developer DP Space has been busily working behind the scenes on a major, game-changing update.

One of the biggest improvements is the control system. Whereas before you needed two hands to play Crazy Shapes, a new swipe-based input method lets you play it one-handed.

The other major change is the updated booster system. DP Space has reduced the number of boosters by one, discarding the ones that weren’t working and introducing new and improved alternatives.

Gone are the Turtle, Doping, Strength, and Ninja boosters, and in their place are Magnetism, which draws Solar towards you, Slowdown, which slows everything down at crucial moments, and Shield, which allows you to sustain a certain number of blows. 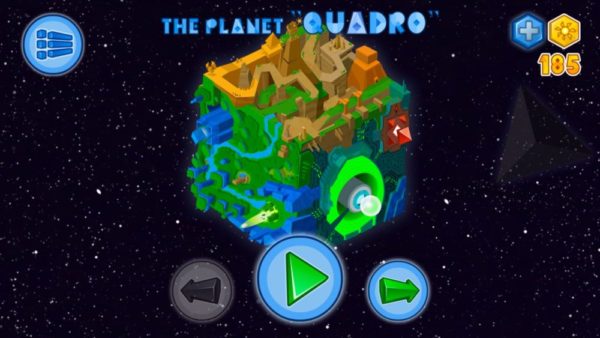 You can activate these boosters at the beginning of each stage, and use more than one at a time if you like. Boosters are a limited resource, though, so you’ll need to economise or buy more!

The other changes in this whopping update include dynamic tips, a tweaked economy, and the option of being resurrected during a level by spending some currency or watching a video.

Crazy Shapes was already a fun game, but its latest update has improved it dramatically. Grab the game for free right now on the App Store.