Home Mobile Gaming News Chaos Reborn: Adventures is a New Strategy RPG From the Creator of... 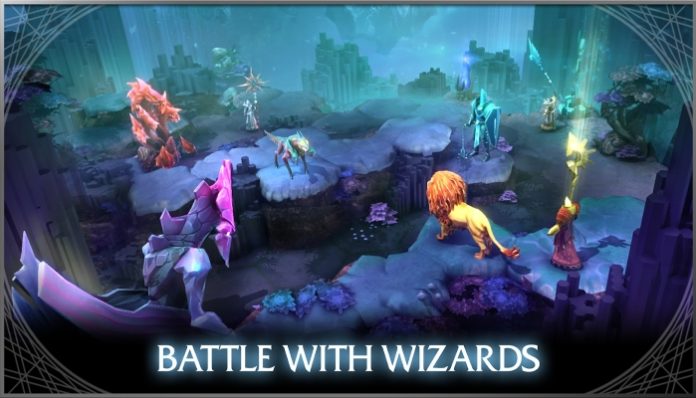 Chaos Reborn: Adventures is an all-new tactical turn-based RPG created by the original designer of the legendary strategy series X-COM. In Chaos Reborn, players will take on the role of an apprentice wizard who is tasked with saving the Vortex, a world full of mythical creatures.

Chaos Reborn: Adventures pits players as the commander of squad of magical monsters. Battles take place on a hexagonal grid, and strategic positioning is the key to victory! As a wizard, you will fight alongside your creatures on the battlefield. Move, attack, and wield powerful magic to see your foes’ end!

If you’re a fan of the X-COM series, you’ll recognize the tactical positioning and movement. But Chaos Reborn: Adventures also features a bit of card game elements in it, as players will enter battles with a deck full of the creatures and spells they want to use in battle.

While at first glance it seems like a typical “move and attack” strategy game, there’s more to Chaos Reborn: Adventures than meets the eye. As we mentioned, positioning is very important, as your units may simply not move and attack at will.

When positioned next to enemies, your units will remain “engaged,” and you will need to take care of the enemy first. In addition to that, you will need to keep an eye on the battlefield’s Law and Chaos, which influences your creatures and spells in certain ways.

The battlefield is an ever changing place, so as a wizard you must not only master your spells and creatures, but also the field itself. Chaos Reborn: Adventures is available now on the iOS App Store and Google Play Store for 9.99 USD.