Home Guides Ceres M Cheats: Tips & Guide to Pass All Stages and Get... 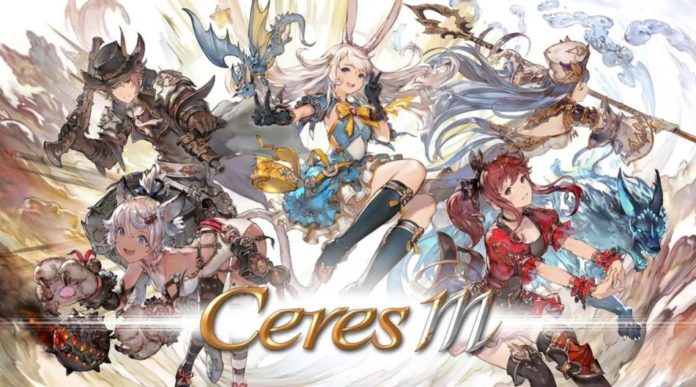 In today’s article we are going to cover all of the Ceres M tips and cheats to help you pass all of the stages and form a powerful team that will take on anyone and everyone, no matter how powerful!

If you tried this game, then you will notice a really cool style that combines anime character with 3D animations and graphics in a very realistic way of battling. I have to say that it’s quite impressive to make such a beautiful game feel good and have fluidity in the play style and lore!

But enough with my praise for the game, because you’re here to learn about the Ceres M tips and tricks – so let’s not waste another second and dive right into them right here below!

In the game’s Adventure Mode you will be able to progress through the adventure stages by having a strong team able to take on all the challenges that lie ahead. Since this is basically how the “story” of the game develops, there are quite a lot of levels to be passed here.

Basically in the Adventure Mode you can play the levels to unlock more game content and claim better and better rewards, the more levels you advance.

I suggest that you try to always clear the stages with 3 stars, because that is the maximum possible. If you failed to do so on the first try, don’t worry! Come back later on once you acquired other, better heroes and your team is more powerful, and try to clear the stages once again.

Play as a Guest at start and do your selective summon

If you want to get some powerful heroes, then the safest way to do that is by starting off as a Guest account, because that way you will be able to reroll your cards until you get some good ones, no matter how many times that will take.

This is a choice that you will have to go for as soon as you launch the game, so make sure you do it. If you are still unsure as to how that will help, let me explain: soon after you start playing, you will have the option to do your very first selective summon, which will determine how your game will unfold from there onward.

Basically as soon as you will be presented with this option, you will have a chance to draw 30 times in hope of finding some heroes that you like. The heroes that you can draw can be anywhere between 3 to 5 stars, but the ones you want are the 5* ones.

Reroll infinitely: How to reroll in Ceres M?

If you want to reroll your picks, all that you need to do is, by playing as a Guest, tap on the silver arrow that is situated on the left side of your screen. There you can see the Settings option, so head on there. Open the Information tab, and select the Guest Reset option which will reset the account and let you do the summons all over again!

So, how to reroll? Easy! Tap on the arrow -> Settings -> Information -> Guest Reset.

Get a lot of Rubies for free!

If you want to get a lot of Rubies for free, all that you really have to do is open the Mail and then, in the very first tab “Gift Box” you will be able to see the option to watch an ad and claim 5 Gems / Rubies.

When you have nothing else to do and just want to collect Rubies, simply do this because it is completely free, and in the 30 seconds max that it takes to watch an ad you can claim 5!

The Twin Towers in the game are basically the Dragon Tower and the Angel Tower. These will reward you with various goodies, from Craft Stones to Magic Stones, Skill Stones and much more.

The Angel Tower has no limitations as to which heroes can join, so it could give you a little more freedom and ability to choose much easier than the Dragon Tower, because there your heroes’ element needs to match, otherwise only 20% of Ability will be applied.

I definitely suggest that you try to do them as much as you can, because they will reset every 2 days and there are a total of 10 floors in each. So definitely try to upgrade your characters and go and try to climb all the floors in the Twin Towers, because you will get a ton of rewards.

Try your luck in Dungeons and Raids

After completing several stages in the game, Chapter 1: 3-10 and Chapter 1: 4-10 to be precise, you will unlock two very good features of the game: the Dungeon and the Raid. These are going to allow you to head on there and hunt for various goods, such as Cores.

The Dungeon will be pretty difficult if you don’t have a very powerful team, so I strongly suggest that you improve your team a little if you want to try adventuring here, because there are limits to how many entries you will have per day – don’t waste them!

As for the Raid, it is a feature which will allow you to hunt bosses alongside other players and depending on the difficulty of the boss that you will fight, the rewards will vary (the stronger the boss, the better rewards you will be able to claim).

Do these as your daily tasks once you unlock them, because slowly but surely they will help you improve your characters and help you make the late stages of the game much easier to deal with.

Now you know that there are a few ways to gather Rubies, from completing various tasks to watching ads and so on, but if you find yourself having the heroes that you want and sitting on some extra Rubies, you can choose to invest them into some account skills, which will give overall buffs to your team.

If you tap on your account portrait in the top left corner of the screen, you will see the Account skill menu. There, if you gathered enough Trophies, you can activate the skills which appear in the top side, the Basic Account Skills.

If you have some extra Rubies that you don’t mind spending, I definitely suggest buying the Special Account Skills, because they are going to prove very useful overall! Afterall, if you think about it, it is a long term investment!

Save Rubies and Summon more heroes

Of course, the heroes should come before the Account Skills in my opinion, because I think that it is much better that way, so let’s check out the summons! If you tap on the Summon Shop you will open the summon menu, which will show you a list on the right side of the screen.

There you can spot the Ultimate Summon, which is what you did once you started the game! If you pay 4000 Rubies you will buy an Ultimate Summon Ticket which is pretty useful if you want to get more heroes, but it is a liiiiittle bit expensive if you are a f2p player.

There are events which let you summon certain heroes with an increased rate, and as of writing this article the events are “Attractive Woman!” and “New Hero Event 2!”. These events are time limited, but they increase the summon chance of certain heroes.

If you are looking for some particular hero to join your squad, then definitely try to do the summons during these events!

The Exclusive Summon is the “meh” summon in my opinion, because the chance for a 5* hero is barely 2%, so it is extremely low. The same can be said about the Normal summon, where the 5* chance is a mere 0.1% (crazy, right?).

Which summons are worth it? In my opinion, the best ones would be the ones during the events and the Ultimate Summon, because they have higher chances of giving 5* heroes.

Once you cleared stage 3-10 from Chapter 1, you will be able to join a Guild! I definitely suggest that you take your time to find a good one and then join it, because once you’re in, you should be looking to stay!

By joining a Guild you will unlock a few new features, such as extra stats as stats (which are collected by the guild in the form of a “tax” after you complete your quests). The Guild will increase the EXP you get, as well as give you the mighty Guild Wars, where guild members from different guilds can fight each other.

So just join a Guild and you will see for yourself all the perks that it has, because I guarantee that if you are in an active Guild, you will see a fast improvement.

Do your Daily Missions

Every single day in the game you will have a list of daily missions which you should complete because they will reward you with tons of items. These daily missions can be found in the main interface, bottom side of the screen, in the “Journal” menu.

There are a few tabs with the missions, which are listed according to their difficulty basically, and how much time you will need (as an average player) to complete, hence the split on Daily, Weekly, Monthly and so on.

Do your Daily Missions every single day, and keep an eye on the Weekly and Monthly ones, so you will know what you need to do and always keep track of them.

You can craft various gears for your characters by collecting items from playing the stages. These can be found in random stages, so if you are looking for a particular item then tap on the “Collect” tab to see where you can find it.

Just keep in mind that if you want to farm for a certain material, you might have to play the stage where it is at several times, because if it will not drop at first, it might drop the second time!

Check the in game events!

The game will have a ton of events all throughout the year, and you should always keep an eye on them and be up to date with the latest ones, because the rewards are definitely worth it.

There are a few events such as the Daily Login Event, where all you have to do is simply log in to the game and claim the rewards! Definitely make sure that you check out the Events menu in the main interface, top right side of the screen, right underneath the Rubies, because there are quite a lot of events!

These would be all of our Ceres M tips and tricks that we have for you right now! Do you know some more useful tips and tricks about the game? Share them with us and the rest of the players down in the comments section below! 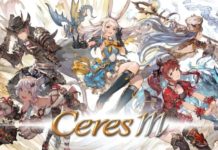