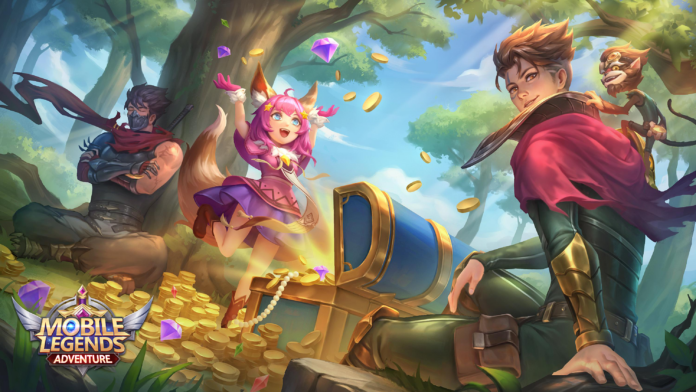 This article is written in Partnership with Moonton. Download and play Mobile Legends Adventure for free today!

Running from April 29 – June 2, Mobile Legends: Adventure will be hosting its annual “New Era” event this year with a gigantic update including a high-level hero giveaway, the release of a new Epic Hero, a limited-time game mode, and other special events with unique in-game rewards.

“New Era” will kick off with an event called “Golden Wishes.” Granting all players a high star-level hero they can add to their lineup, this event will feature simple daily tasks for players to work through to permanently add the chosen hero to their collection. The free hero is a great way for new players to boost their battle power.

The second event, called “Tinted Mirage,” coincides with the release of a brand-new hero named Pharsa. On a journey of vengeance for her destroyed homeland, players will learn of Pharsa’s backstory by completing special stages and earning new rewards. Those who complete her story will be able to add Pharsa to their rosters and gain upgrade materials to level her up.

The final event, called “Call of the Crows,” will be a new game mode that pits players against waves of constantly spawning enemies. In this limited-time PvE mode, players will need to form teams with their heros and defend an energy core in limited-time missions. Completing all of the levels present will net you big rewards.

As well as having new missions, the “New Era” event will add four new hero skins for Esmeralda, Xeno, Pharsa, and Saber to the Skin Store. These will be purchasable with in-game MLA currency that you can buy on the Google Play and Apple App Stores.

RPG spin-off of the Mobile Legends: Bang Bang series, Mobile Legends: Adventure is a fun, breezy, lighthearted idle RPG that doesn’t require a ton of time from the player. Available on the Google Play and Apple App Stores, players can go about their day while their heroes earn experience and rewards in the background.

Containing more than 100 unique heroes with different skins to collect, the game is packed to the brim with content for players to collect. With frequent new updates like the “New Era” event, there’s always a reason to come back to MLA.