Easily making a case for being one of the most popular JRPGs to grace Android and iPhone smartphone screens, would you believe that Square Enix’s Mobius Final Fantasy is already celebrating its one-year anniversary? We all know that no entry in the longstanding series is truly the last, but still to celebrate this feat, Mobius Final Fantasy is introducing a suite of new events and rewards for every Warrior of Light to experience.

Arguably the biggest limited-time perk waiting dedicated Mobius Final Fantasy fans is a new anniversary-centric Greater Summon, which allows players to perform one Greater Summon without cost. Exclusive new limited-time ability cards also make their way into the game, each depicting a famous scene from elsewhere in the story. Throughout August, players will also be able to summon one free card a day, so this is the perfect time to bolster your deck.

Exclusive enrichments such as this keep on coming by way of a seven-day event known as Mobius Week in which anyone who logs in from now until August 8th can enjoy many helpful boosts and bonuses. Normally only available three days out of the month, these special gameplay enhancements come in the form of double stamina gains from Elixirs, increased fusion success rates, as well as extra skills and a skillseed bonus for all elements in Palamecia’s exploration regions. 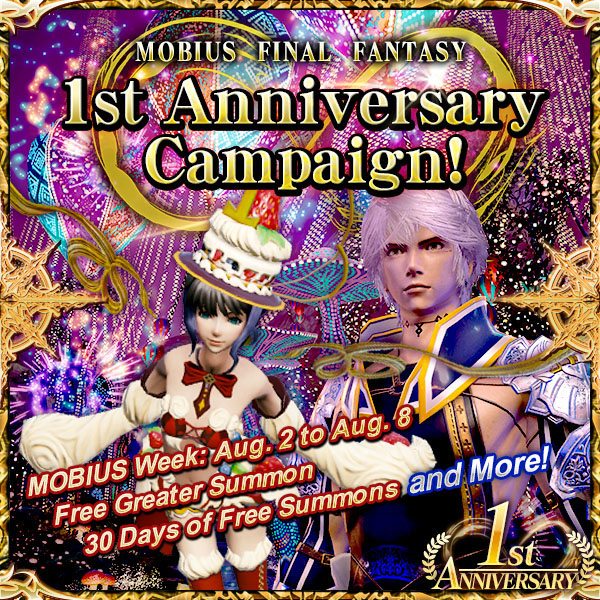 Believe it or not, we’ve only scratched the surface of how Mobius Final Fantasy is rewarding fans while celebrating this first birthday of sorts, with the base game having experienced some appreciated tweaks. Magicite for example, a previously rare commodity, now has the potential to drop from any enemy during battle. You’ll be able to buy more items and obtain cards quicker in no time.

There’s never been a better time to jump in and see why 10 million players worldwide have already enjoyed Mobius Final Fantasy’s episodic JRPG experience. Download now for free now from either the App Store or Google Play. 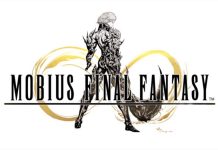